Architecture is too important to be left to architects 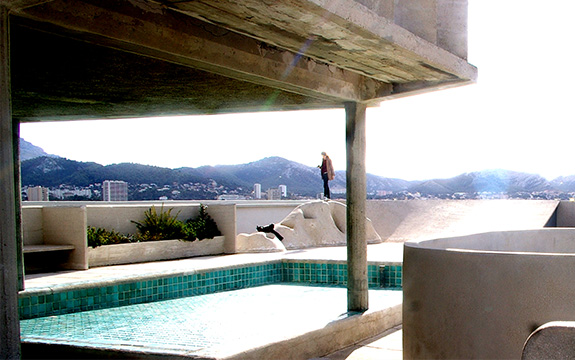 The great 20th century architect Le Corbusier wrote: "a house is a machine for living in". He did not mean it literally. It was an exhortation for architects to design inspired by the machine age, in which form follows function.

Machines are technologies that involve physical movement – ever-shifting in time - and they are designed by mechanical engineers. In the same way that a city is an assembly of houses, a factory is an assembly of machines. Thus, a city is a ‘factory for living in’. Factories are also designed by engineers. So, taking Le Corbusier literally, we could get rid of architects. Engineers can design houses and cities, right?

Architects are masters of space. They understand how human beings perceive and respond to space. One of Le Corbusier's celebrated designs is a 1947 high-rise apartment building called Cité Radieuse in Marseilles, France. It was a city within the city, including not only homes for ordinary people, but shops – a street of butchers, bakers and grocers in the sky - plus a theatre, childcare centre, a rooftop children’s pool and picnic tables. All the needs of the urban citizen were integrated into one building. At its opening, it appeared to be an intricate, beautiful machine for living in.

Many modern apartments have front doors opening onto an interior corridor, so the apartment-dweller lives in a tunnel lit at one end only. Le Corbusier solved this problem in Cité Radieuse. He put access corridors only on every second level. The apartments were two storeys so that each had views of both the mountains and the Mediterranean.

This brilliant manipulation of space is characteristic of good architects. I am a mechanical engineer, and I would never have thought of that.

Perhaps we should not sack the architects yet.

But maybe we should start taking Le Corbusier literally.

In the 21st century, architects’ creations of space, forever fixed in time, are not enough. Consider my own area, fluid dynamics, which is the study of fluid flows. Both air and water are fluids, and the understanding and control of their motion are vital to future cities. Because fluids move and their patterns of flow can change in time, their control demands calculations in time as well as space.

Architects have designed skyscrapers with wind turbines elegantly integrated into their form. They are criticised as ‘eco-bling', and their turbines are often idle.  They might make sense if the city never changed and no buildings were ever put in front of or behind them. Even then, compared to a simple power-purchase agreement with a wind farm, urban turbines may be permanently condemned to inefficiencies of siting, scale and operation. Could we go further, designing an entire street to funnel wind into a giant turbine? Not so fast. Engineers can calculate that doubling the speed with a ‘wind funnel’ street would quadruple the force slamming into doors, windows and people.

Wind turbines are conventional concepts, suited to wide-open, unchanging fields, not the twists and turns between urban mountains ever evolving in time. The narrow ‘urban canyon’ is sensitive to changes in wind direction with time, and to changes as new buildings are built. However, people experience the wind on the ground and at windows and balconies, not floating in the space between buildings. What if engineers could design the walls of buildings for harvesting wind power? That would simultaneously reduce wind speeds on the boundaries people inhabit. There are concepts that can do this, notably less efficient than turbines - but also simpler, cheaper, and able to evolve in time.

Apply such dual-purpose thinking to the air, water and energy flow inside the building, as well as outside.

Then, our home really would be a machine for living in. But would we want to live in such a machine? The engineer’s time machine must also be the architect’s space ship, or it would be inhuman.

Australian cities now have a large and easily-expanded stored-rainwater capacity. We do not think of it as a common resource - it is individually collected and owned. If we can sell our rooftop solar power to the electricity grid, can we not sell rainwater to our neighbours? At the right time, excess solar power could pump rainwater uphill. It could be sold to the local council to water street trees. Or to a local urban farm. Masterful timing of supply and demand is critical. Flows in droughts must be calculated and controlled differently to storm flows.

Could rainwater collection be integrated into the architecture, rather than leaving it as an afterthought for builders? In parts of South-East Asia subject to torrential rain, buildings have no gutters: water cascades into moats around buildings, crossed by little bridges and festooned with pot plants. What if rainwater reticulation were integrated into urban design? Storm-water systems are designed by civil engineers, who calculate that drains choke at a critical ratio of flow rate to the square root of depth. Could architects work with them to give drains a second, time-dependent purpose? And work with electrical engineers to integrate the design of pumps with solar capacity? I have analysed the sound of moving water, but for heavy industries. Could we design spaces, so these sounds relax and enliven people?

Then, our city really would be a factory for living in.

At Swinburne, we are working on these concepts, pairing architects and engineers. We have experience joining the human-centred and machine-centred design worlds. In one of the world's few Product Design Engineering courses, we hybridise the human-centred arts with mechanical engineering. And now, with architectural engineering, we are further training the masters of space to be masters of time too.

For any of these concepts to be tested, we need urban data, so we have recruited big-data scientists. Street trees provide shade that reduces air-conditioning loads and transpires water, reducing stormwater loads - but they also reduce the solar power, wind and water we might harvest. Where will shadows fall? How will the wind patterns change? Who pays for what, and at what time?

Masters of time would understand that the city is constantly shape-shifting and evolving. We need to be able to re-configure our cities and infrastructure systems as we grow. So at Swinburne, we are learning to 3D print - in concrete.

I visited Le Corbusier's Cité Radieuse a few years ago. Light from the mountains and Mediterranean shone gloriously through the building, just as it always had. But the children’s pool was dry. A couple of architecture tourists, not residents, sat at the picnic tables. The butcher’s and baker’s shops were gone - replaced by architects' offices.

Time had moved on, and Le Corbusier's “machine” was a sculpture, not a machine.

*The phrase 'architecture is too important to be left to architects' appears to have been first used in a 1987 interview with Giancarlo De Carlo conducted by Ole Bouman and Roemer van Toorn at the Delft University of Technology in the Netherlands.