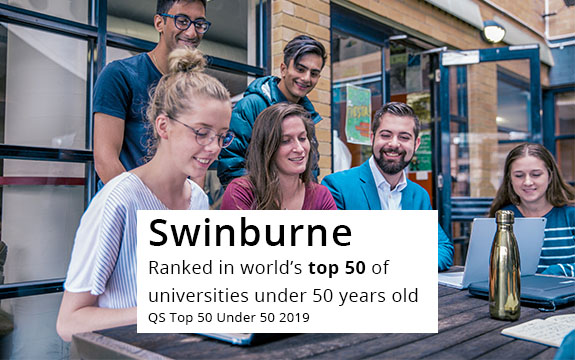 The QS Top 50 Under 50 rankings recognise the achievements of young universities.

Swinburne has debuted in the top 50 of the QS rankings for the world’s top universities under the age of 50.

The university has continued the trend of moving up the rankings each year. Improving from 51-60 bracket of the previous year, Swinburne has been ranked at 45 in the 2019 rankings.

The ‘Top 50 Under 50’ is a ranking of the world’s top universities founded less than 50 years ago, based on rankings from the latest QS World University Rankings.

These rankings confirm that despite its young age, Swinburne is a university that is recognised globally as a world class university with exceptional research, industry engagement and international outlook and academic reputation.

Swinburne’s commitment to producing quality research that is relevant, world-changing and recognised globally is demonstrated in recent initiatives such as: