A vaccine formulation has been developed to avoid the cost of expensive vaccine booster shots in Australian cattle production, while preventing the spread of infectious diseases.

“The real innovation is the formulation that enables the controlled release of the bioactive constituent to provide the same immunological protections as multi-dose vaccines,” said Dr Elicia Wong, Capsular Technologies’ Chief Operating Officer.

Capsular was founded in 2017 as a spin off from the Cooperative Research Centre for Polymers to commercialise the outcomes
of the Swinburne project.

The biopolymer-based vaccine emulsion involves immune-stimulating parasitic proteins tethered to hydrogel particles that are readily transported and broken down slowly in the lymphatic system. The emulsion is formulated in pharmacological oils, which further boosts immune responses, producing a product for subcutaneous or muscular injection.

In early testing funded by Meat and Livestock Australia (MLA), Mainwaring and his collaborators from the University of Queensland showed that a single dose triggered strong and sustained immune responses against cattle ticks, a parasite that costs the Australian beef and dairy industries approximately $175 million a year. The new vaccine was also shown to control active tick infestations in Australian cattle, killing about 80% of the tick parasites over 40 days — a level of disease protection greater than the conventional multi-dose immunisation strategy.

“This formulation is now ready for further testing at longer durations of antitick immunity with free-ranging cattle of Australia’s northern herd,” said Mainwaring.

Capsular is planning a longer follow-up study in herds of high-quality beef type cattle, replacing the Brahman breeds, the mainstay of northern Australian beef production. Here it is especially difficult and expensive to muster animals for frequent booster injections. As such, said Wong, the industry is really telling them that the market needs a one-and-done anti-tick vaccine.

The research program of Capsular also has two targets in active testing for pig health: one involves a vaccine for highly contagious viral illnesses that leave livestock weak; the other is aimed at controlling the respiratory pathogen pleuropneumonia, a bacterium often responsible for the sudden death of pigs.

For now, however, the anti-tick vaccine remains the company’s top priority, according to Wong. The company hopes to begin pivotal testing of its cattle tick vaccine next year, a vital step towards certification and commercialisation. If all goes well, it’s expected the innovation could reach the market in the next two to five years. 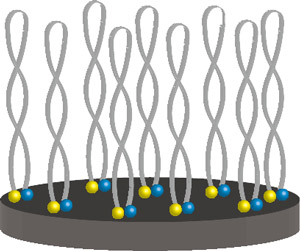 Lubricin, or Proteoglycan 4, is a large glycoprotein critical to joint lubrication. A team including Swinburne’s Professor Simon Moulton has looked at lubricin use on biomedical devices with platinum electrodes. Large molecules such as proteins are attracted to electrochemical implants and compromise function. Lubricin can act as a sizeselective barrier — blocking larger molecules, while allowing through smaller molecules important to electrochemical sensing. This could be important to implantable medical devices, such as the cochlear implant and diagnostic sensors.

A team led by Professor Blair Kuys, Director of Swinburne’s Centre for Design Innovation, has designed the first Australian skylight that is bushfire, hail, cyclone and leak resistant.

The innovation is a combination of a robust aluminium frame with two layers of glass, a strong outer double-glazed glass and an inner low emissivity (low-e) glass, which minimizes the amount of ultraviolet and infrared light (or radiant heat from a bushfire) that can pass through, without compromising visible light. The product has been tested for bushfire resistance at 900°C. 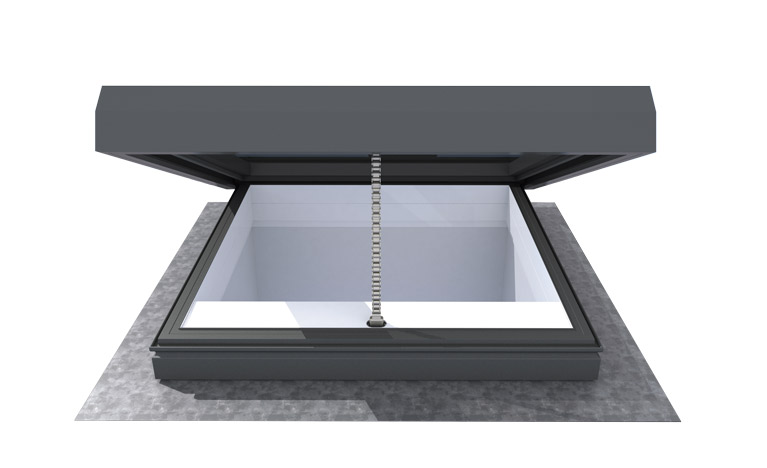 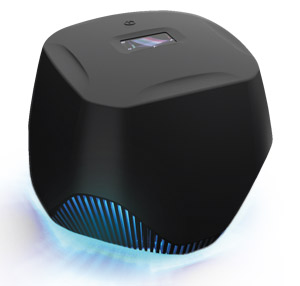 Swinburne researchers are developing a gold detector for the mining industry that uses muons, sub atomic particles created when cosmic rays hit Earth’s atmosphere. A 10cm x 10cm prototype, which will be scaled up for commercial use, contains a piece of plastic scintillator, which re-emits energy absorbed from ionizing radiation as light, explains Professor Alan Duffy, who is developing the detector with Deputy Director of the Factory of the Future Shanti Krishnan and Technical Officer Craig Webster. The plastic glows slightly when hit by muons, says Duffy. Bespoke software then draws on astrophysics calculations to identify the muons’ trajectory and the impact of dense rock on this path. Underground detectors use this to create 3D tomography maps, revealing gold.