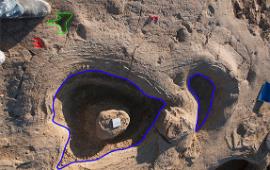 A well-preserved dinosaur trackway, travelled by three different types of dinosaurs, has been discovered in Winton in central west Queensland.

Swinburne palaeontologist, Dr Stephen Poropat, is leading the research team for the Australian Age of Dinosaurs Museum in Winton, where the footprints are being taken for display.

He says that having three major dinosaur groups – sauropods, ornithopods and theropods – represented on the same trackway surface is incredibly rare.

“The small ornithopod and theropod footprints were clearly made by very similar (if not identical) trackmakers to those preserved at Dinosaur Stampede National Monument, which is located about 100km south of this site,” he says.

According to Dr Poropat, the longest sequence of sauropod footprints can be followed continuously for over 40 metres and would have comprised nearly two dozen fore and hind footprint sets when complete. 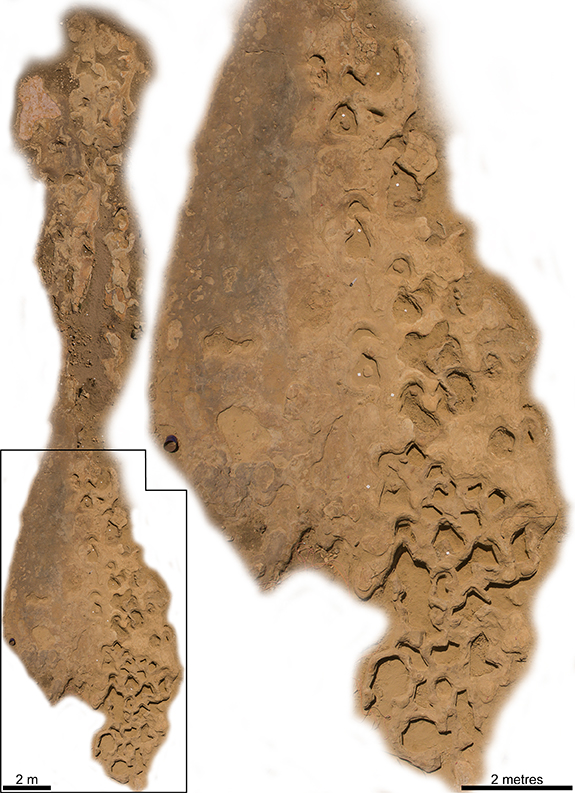 “These footprints are the best of their kind in Australia and their shape can be distinguished from all known sauropod footprints worldwide."

Dr Poropat says that many of the footprints are surrounded by concentric mud cracks that were spread through the once-moist sediment by the weight of the sauropod’s footfalls.

“That these fine details are so well preserved after 95 million years is remarkable,” he says. 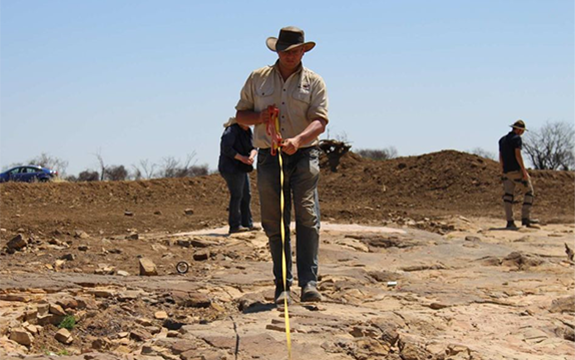 Dr Poropat says the sauropod footprints cannot be assigned to any particular sauropod species despite the fact that there are three different sauropods known from the Winton Formation – a rock formation that covers large areas of central-western Queensland – and that at least one had a thumb claw.

“All we can say with confidence at this point is that these footprints were made by titanosauriform sauropods,” he says.

Executive Chairman of the Australian Age of Dinosaurs Museum, David Elliott, who led the excavation in April 2018, says that the newly exposed trackway was extremely fragile and its removal from the creek bed was a very high priority for the Museum.

Relocation of the trackway began in September 2018 and 25 per cent of the total area, including all of the fragile footprints that were in danger of being destroyed, has now been removed.

“This is a very slow and painstaking process. The total weight of the trackway is in the vicinity of 500 tonnes and we are transporting it back to the Museum, one two-tonne trailer load at a time,” Mr Elliott says.

A scientific analysis of the trackway has been submitted for peer review by Dr Poropat and his colleagues and Mr Elliott is hoping that the attraction, named March of the Titanosaurs, will be open to the public from May 2020.

“Very few museums in the world can boast a multi-sequence sauropod trackway as one of their in-house exhibitions, much less one 55m long with the footprints of all three major groups of Dinosauria represented,” Mr Elliott says.