Some issues electrify Australian voters. They take over elections, crowding out all other factors. We saw it in 2001 with terrorism and in 1954 with communism.

It also happened back in 1929 when Australians went to the polls, focused almost solely on arbitration.

In its early days, Australia pioneered a system of compulsory arbitration — basically a new kind of court to settle disputes between unions and employers and set wages. From the late-1800s, arbitration courts were set up in most of the Australian states, and after Federation, a federal court was established in Canberra. At first, this federal layer was designed only to deal with the most serious, nationwide industrial disputes, but it soon became a full-fledged second layer of arbitration governing all facets of industrial relations.

Most unions and employers rather begrudgingly came to accept arbitration as a kind of compromise - an institution that could make industrial disputes a little more civil and, hopefully, a little less violent.

But not all accepted the compromise. In the 1920s, the Coalition government (it was the Nationalist-Country Party Coalition back then, but they are roughly comparable to today’s Liberals and Nationals), led by Prime Minister Stanley Melbourne Bruce, made several attempts to water down the arbitration system, or at least remove one of the layers.

While unions saw the dual-layered system as an important check preventing a pro-business state or federal government from watering down hard-won protections and wages, the government believed it allowed unions to “venue-shop” until they got the result they wanted.

The Coalition also believed that high wages were putting off foreign investors and risked Australia’s economic development. Something had to be done.

The Coalition’s unpopular assault on arbitration

Initially, Bruce tried to solve the problem by asking the states to give up their courts in favour of one centralised system in Canberra. The states, then mostly governed by Labor, refused to hand over their powers to the feds.

Next, Bruce sought to change the Constitution to beef up the Commonwealth’s power to regulate industrial relations. The referendum, brought in 1926, failed to gain a majority of votes or states, with only Queensland and New South Wales voting “yes”. 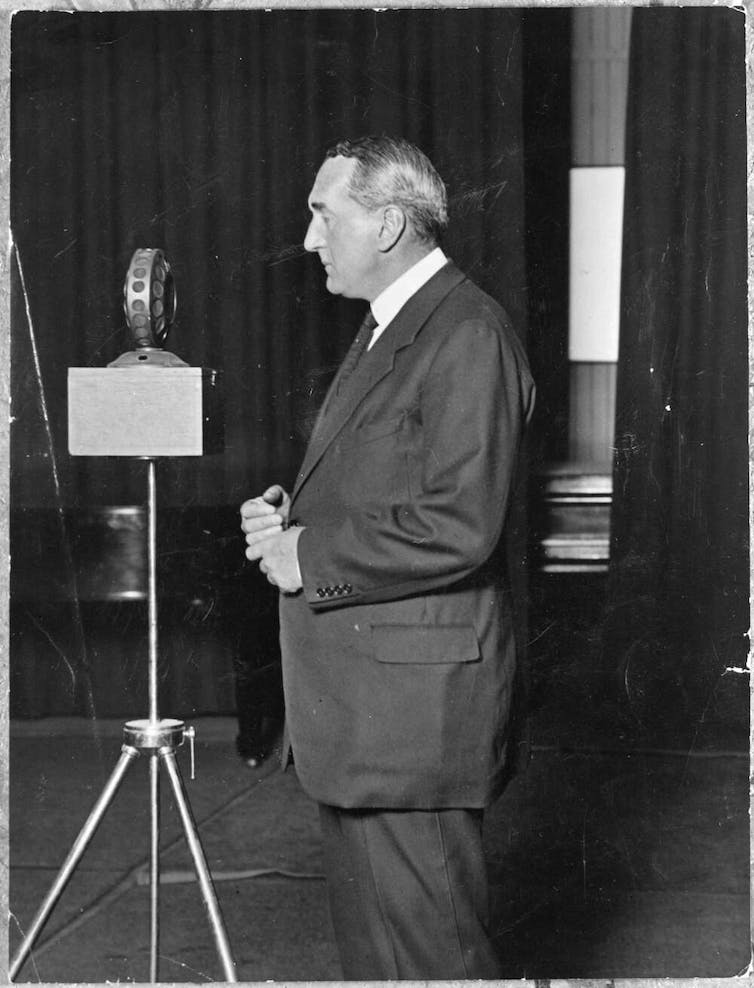 Stanley Bruce, recording ‘A Talk to the Nation’ during the 1929 federal election. National Library of Australia, nla.obj-137205196

Frustrated, and alarmed by a growing economic crisis and a slew of bitter strikes, the Coalition government changed direction, attempting to abolish the federal layer of arbitration. In 1929, Bruce introduced the Maritime Industries Bill, a law taking the Commonwealth out of arbitration for most industries, leaving just the state courts.

The bill did not pass. Six MPs, led by former Prime Minister Billy Hughes, dramatically crossed the floor to add an amendment requiring a popular mandate for the law, either through a referendum or a general election. Bruce told the house he considered the bill a matter of confidence and called an early election.

(This “hair trigger” approach to confidence has since fallen out of vogue. Losing on any old bill – or indeed, even a very important one – is no longer treated as a proxy confidence vote. See, for instance, the case of the Medevac Bill passed against the wishes of the Coalition government last year. The government continued in office.)

What happened on election day and why it still resonates today

In the 1929 election, both sides of politics insisted that arbitration was the question being answered by the electorate. Labor, under James Scullin, clearly tapped into the public mood with his argument that arbitration, though imperfect, was the best hope for progress in Australia. The Coalition lost 18 seats and with them, their majority. Scullin took Labor into government for the first time since 1917. 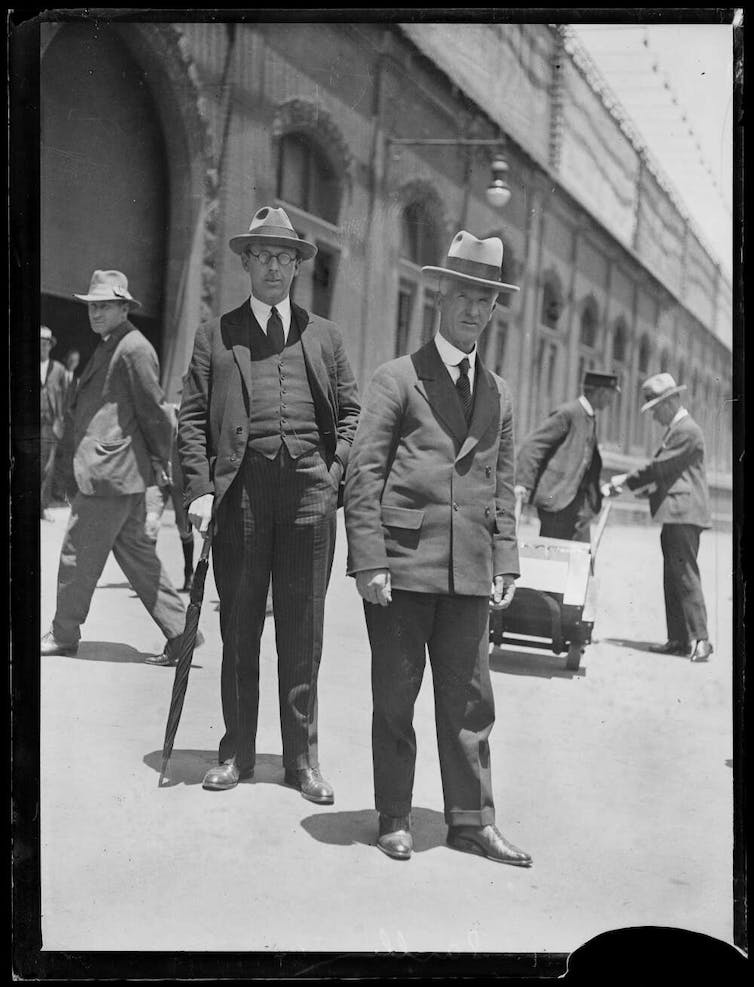 To add insult to injury, Bruce lost his own blue-ribbon seat of Flinders – the first time a sitting Australian prime minister lost his seat.

It would prove a rare event, not occurring again until 2007, when John Howard lost Bennelong. Funnily enough, that election, like 1929, was also largely focused on a conservative government’s fundamental reforms to the industrial relations system.

Only twice in the past century have Australians seen fit to throw a prime minister out of parliament, and both times, it was over proposed reforms to industrial relations. It’s a striking fact — one that might tempt us to question whether there is some deep continuity here. It could speak to the legacy of trade unions, which have made industrial relations a fraught area for governments, even well after the heyday of union power and organisation.

For my money, I’d say this speaks more to the basic attitude to government in Australia — what Laura Tingle, borrowing from linguist Afferbeck Lauder, dubbed “aorta politics” (as in, “they oughta fix x”; “they” being the authorities).

Very much unlike our more libertarian cousins in the US and UK, Australians have historically wanted the state to solve many of their problems. Whether or not it is a good idea, we’ve had the state irrigate farmland, deliver the mail, provide electricity, pay for our health insurance and help us buy our first home. Nowadays, Australians seem to expect it to tackle things like domestic violence and climate change.

And even today, as in 1929, we expect the state to keep the industrial peace – to prevent bosses or unions from going too far in their quest for economic power, to keep things civil.

The point here is not that arbitration or even industrial relations shall forever be a sacred cow in Australian politics. What we learn from 1929 is simply that the Australian voter does not take kindly to our governments trying to drop an issue because it is too hard. We are, it seems, a demanding lot.

Written by James C. Murphy, PhD Student in Politics & History, Swinburne University of Technology. This article is republished from The Conversation under a Creative Commons license. Read the original article.