Midsumma Pride March is the second of Midsumma Festival's signature events where over 7,400 machers take to the streets down Fitzroy Street in St Kilda each year. Close to 50,000 people line the streets and balconies along the march route to show their support – making this the best-attended Pride March in Victoria's history.

Dykes on Bikes proceed the marching contingent as per tradition with the march itself led by Boon Wurrung Elders and a Rainbow Aboriginal Float along with the Premier of Victoria, Minister for Equality and the Creative Industries and Commissioner for Gender and Sexuality.

Hundreds of young people, often amongst the most vulnerable within our communities, are placed towards the front of the march as a positive and strong affirmation for LGBTIQA+ youth.

This year the Swinburne community at the march will be led by Deputy Vice-Chancellor (Academic) Professor Duncan Bentley and Chief Financial Officer and Chief Operating Officer, Nancy Collins.

To register your interest in attending the march, please email lgbtiq@swin.edu.au

Swinburne is also participating in the Midsumma Carnival, find out all the details. 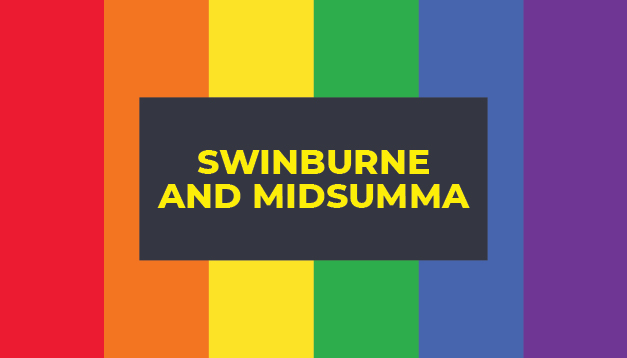