David started his career as a theoretical physicist, completing his PhD at CalTech under Nobel prize-winner Murray Gell-Mann. His interest in neurophysiology started there under the influence of Prof Jack Pettigrew. David's academic career has been diverse, successively at the National Vision Research Institute in Melbourne, the School of Optometry at the University of NSW in Sydney, the School of Psychological Science at La Trobe University in Melbourne and thence to the Brain Sciences Institute and Swinburne in 2000. His academic interests include neuroscience of normal and abnormal visual development, psychophysics of visual attention, non-linear electrophysiology and functional neuroimaging of cognitive function, as well as neural mechanisms of refractive control. His studies have implications particularly for development in children: dyslexia, amblyopia, autism, myopia and ADHD, as well as understanding of conscious awareness and mind/brain relations. David has published widely with over 170 publications in peer reviewed scientific journals, mainly in the area of vision, visual development, myopia, single cell electrophysiology, evoked potential research, dyslexia, amblyopia, learning disability, and more than 300 refereed conference abstracts. He has an extended record of funding from both the ARC and NHMRC over nearly 30 years as well as other miscellaneous funding. He has recently held ARC DPs (through Swinburne) into the physiological mechanisms of refractive control and into the basic cortical mechanisms of form, colour and motion processing, a NHMRC project grant (through Swinburne) in the cognitive neuroscience of autistic tendency and an ARC DP (through La Trobe U) into cortical mechanisms of reaching and grasponf in time.  David was responsible for the "CogNOSS" plan leading to the acquisition of MEG and MRI technologies at Swinburne.  David currently holds an Adjunct Professorship in Psychological Science at La Trobe University, and an Adjunct Professorship  at the Zhejiang Institute for Integrative Neuroscience and Technology, Zhejian University, Hangzhou, China. He has also been a Visiting Research Professor at the 3rd Military Medical University of Chongqing, China. He served as President of the Australasian Cognitive Neuroscience Society in 2015 and is currently National Co-Chair of the Asia Pacific Conference on Vision. 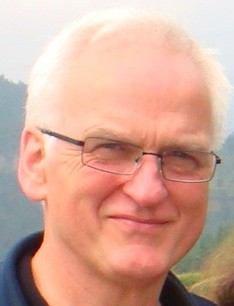