When it comes to television, how much choice is too much? By year’s end, Australian consumers will have at least seven major subscription video services to choose from: Netflix, Stan, Amazon Prime, Hayu, Foxtel Now, 10 All Access, and Disney Plus. Apple’s highly anticipated Apple TV Plus platform will likely launch in Australia in late 2019.

End of a televisual era?

As subscription streaming services become a mainstream component of our television culture, uncertainty about television’s future is intensifying. Concern about how many Australian stories we’ll see onscreen in a landscape increasingly dominated by US streaming services is justified.

Anxieties about television’s changing status also circulate around its perceived shift from a mass cultural, communally-experienced medium to a niche, personalised – and thus fragmented – constellation of on-demand offerings. 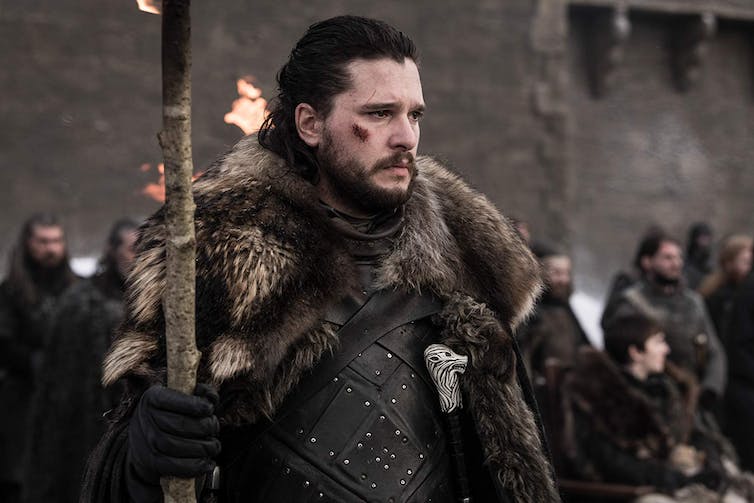 The Game of Thrones finale drew the kind of global audience that streaming services hope to harness. IMDB

In this context, the finale of HBO’s Game of Thrones in May represented a watershed moment. Media commentators predicted that  it marked the “last vestige” of a televisual monoculture, the “end of the era” of television as a communal experience, and, for better or worse, the impending “demise of television as mass cultural event”. 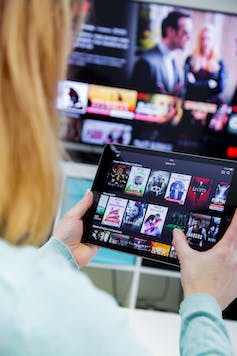 Australian viewers will soon be spoilt for choice. www.shutterstock.com

With the introduction of two new streaming video platforms that threaten Netflix’s global and local market dominance – Disney Plus and Apple TV Plus – audiences may well become more fragmented as consumers choose platforms that best align with their own tastes.

Telsyte’s recent research found that one third of Australians have no set limit to the number of streaming video services to which they would simultaneously subscribe.

Yet some industry commentators predict that three subscriptions may be the limit for many households.

If this prediction is accurate, unless many households subscribe to the same three platforms, it may become increasingly rare for a large sector of the public to watch the same content at the time of its release. Such fragmentation may prevent TV shows from gaining traction in the wider cultural consciousness.

Yet new platforms also mark a new era of flagship original streaming content, which will seek to capture not niche but mass audiences and thus subscribers. Netflix has pivoted away from acquiring existing content, instead prioritising original, Netflix-branded content with the potential to be a global hit.

Indeed, many of Netflix’s high profile licensed titles – including, notably, their Disney catalogue – have been lost in recent years.

Both Disney Plus and Apple TV Plus are also prioritising original content, recognising that in a crowded landscape, highly anticipated, exclusive content attracts subscribers. Apple are reportedly spending $1 billion on original content for their new platform.

Disney Plus will capitalise on their high profile brands with original titles including Star Wars TV series, The Mandalorian, and Marvel TV series, Ms Marvel. As a central pillar in the sprawling Marvel Cinematic Universe, Disney Plus will contribute directly to the expansive narrative world of the most lucrative film franchise of all time.

The major players know that intertwining blockbuster content with clear branding will become crucial in the battle for mass audiences. Along with Netflix and Apple TV Plus, Disney Plus will aim to release exclusive content that sparks enough ripples across both social media and the wider cultural consciousness to be “unmissable”.

Rejecting the “binge model” made popular by Netflix, Disney Plus will reportedly release television episodes weekly, presumably in an attempt to synchronise and maximise the force of these cultural waves.

What about Australian stories?

The future of original content that is co-commissioned by Australian producers with video streaming services, like Pine Gap, remains uncertain.

In the competitive quest for global hits, the place of local content is uncertain. Research by Ramon Lobato and Alexa Scarlata found that local content on Netflix’s Australian platform constituted just 2-2.5% of the catalogue in 2017, which fell to 1.6% in 2018.

While groups like Screen Producers Australia are advocating for local content quotas for streaming video services, implementing such regulation may become increasingly complicated as more US-based services enter the market.

As Netflix – the most popular subscription streaming video service in Australia – prepares to compete with the two new US giants in the exclusive content arena, it is likely that acquisition of local content will become even less of a priority.

It is unclear what this will mean for original content jointly commissioned with local producers or networks, such as Netflix and the ABC’s Pine Gap. However, recent Netflix announcements of original made-in-Australia productions are promising.

When the dust settles on the streaming wars, it will be important that we monitor how local content is accounted for in the business strategies of competing streaming services, to ensure Australian stories remain on screen.

By Dr Jessica Balanzategui, Lecturer in Cinema and Screen Studies, Swinburne University of Technology. This article is republished from The Conversation under a Creative Commons license. Read the original article.