A few years ago, I reflected on years of doctoral field-notes documenting the homes of tinkerers — people with an extraordinary commitment to DIY living. It occurred to me that despite their DIY skills, few of these tinkerers had built or maintained front fences.

In a culture where fences are fixtures in the urban landscape, these people tended not to have clear boundaries between their homes and the street, and their gardens spilled into civic space.

This might be significant at a time of populist momentum to “build a wall” between nation-states, and when 65 million refugees are seeking new homes globally.

The tinkerers I studied shared values of “open”: open source, open access, open gardens, a sharing economy, creative commons and a transparent government. And those who inhabited fenceless homes didn’t show any signs of feeling insecure.

They were connected with the commons — that is, shared public resources such as nature strips, neighbourhood parks and public transport. Their tinkering at home was a source of belonging and identity against deregulated job markets — a force driving the populist sentiment that’s displacing people globally and erecting barriers between them.

Their stories support research suggesting that fences – or their absence – can reflect and even shape our political commitments.

Many scholars explain how our structures align with our politics. As American sociologist Langdon Winner described it: “artifacts can contain political properties”.

One of his examples is the low-clearance bridges around parklands on Long Island, New York. Their structural peculiarity seems charming, but historical documents reveal the bridges were designed as fences-in-disguise.

Poor people and racial minorities, who normally used public transport, were discouraged from accessing the parklands because buses couldn’t fit through these overpasses. The bridges were designed so the elite could enjoy the “public” parks free from the underclasses.

And many other civic structures function materially or psychologically to exclude people. 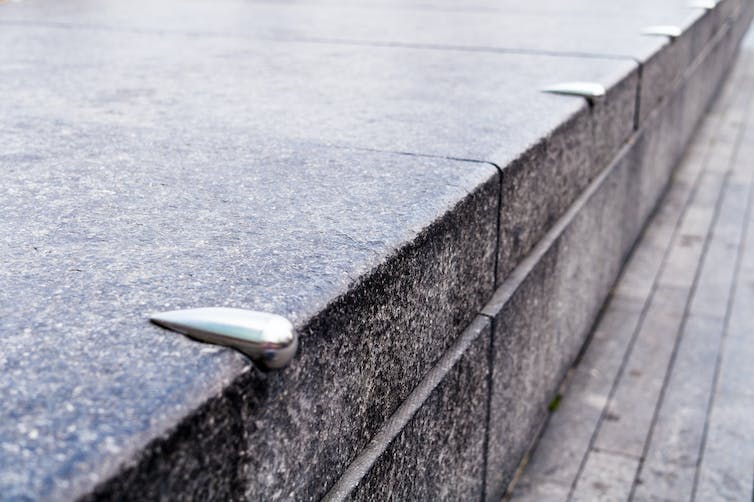 Known as hostile architecture, these include bus shelters designed to prevent homeless people sleeping in them, and benches embedded with metal skate deterrents to prevent skateboarders gliding over them.

Read more: Designed features can make cities safer, but getting it wrong can be plain frightening

Similarly, fenced properties can “shrink the notion of civic engagement and allow residents to retreat from civic responsibility”, according to Edward Blakely, a Berkley professor of urban design.

For instance, at the 1987 inception of Sanctuary Cove, Australia’s first gated community, the developer told reporters:

the streets these days are full of cockroaches and most of them are human. Every man has a right to protect his family, himself and his possessions, to live in peace and safety.

Yet according to a United Nations Habitat report, fenced communities can experience more crime than unfenced ones, and they foster paranoia and social division. This is because, as British international affairs journalist Tim Marshall describes it: “physical divisions are mirrored by those in the mind.”

He explains why settler-descendants find it difficult to conceive of our country – or of agriculture – as a commons and a continuum in ways First Nations Australians did. In other words, colonists experienced the environment as separate from themselves, regarding it as an economic resource that could be demarcated and privatised. 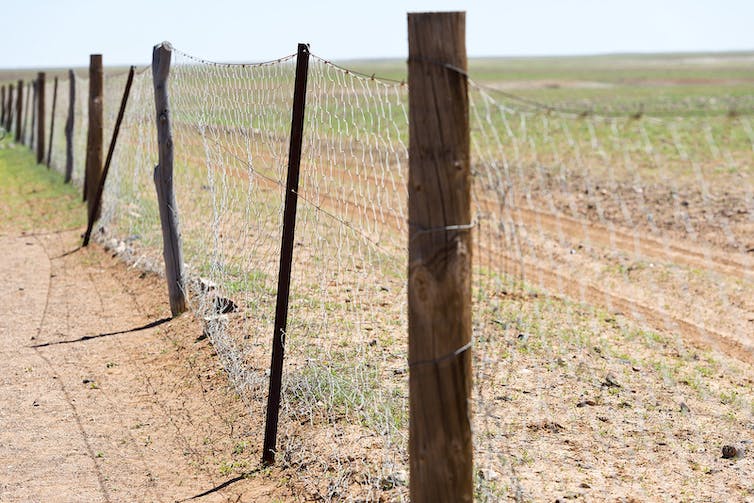 Fences to control pests, like the famous Rabbit Proof Fence, are causing an ecosystem crisis. Steve Collis/Flickr, CC BY

“Fences on the ground,” Gammage explains, “create fences in the mind”.

For millennia, First Australians practised animal husbandry by being attuned to — rather than fencing off — their surrounding environment. Even in introduced farming systems, it’s possible to manage livestock without fencing, using rotational herd grazing which doesn’t involve permanent fences.

Australia now has the longest fences on earth. One, the Rabbit Proof Fence, stretches 3,256 kilometres and featured in a 2002 film of the same name.

These have lessened the impact of introduced pests, but they have also prevented wildlife migration, causing ecosystem catastrophes and mass die-offs of emus and other species.

An act of civic kindness

Urban fences, too, arrived with colonisation, and demolishing them is an act of civic kindness – if not a step towards decolonisation.

This idea isn’t new: in 1924, Canberra’s civic planners placed a ban on front fences to:

encourage people to be good citizens [therefore] making a community and not allowing people to form ghettos.

The ban persists to this day.

Yet they’re proliferating without incident, and operating as gestures of civic generosity.

Tasmanian philosopher Jeff Malpas believes we rehearse conversations and metaphors in our architectural constructions. One example might be our use of “white picket fence” to describe a cluster of bourgeois or aspirational values. 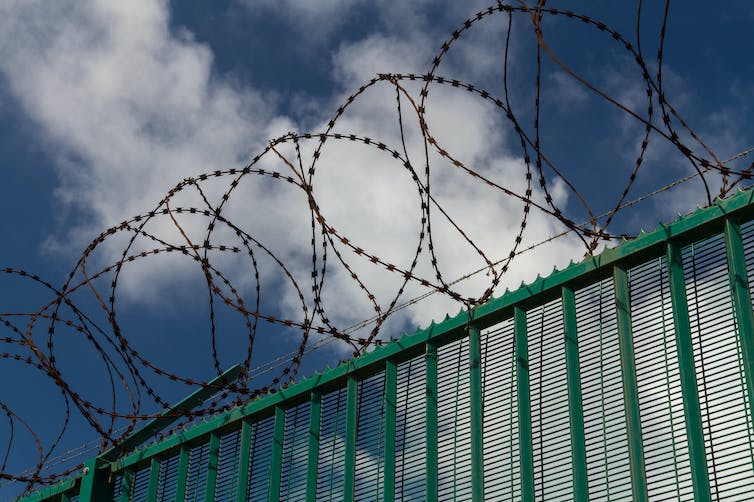 As one of the world’s biggest markets for razor wire fencing, we frequently invoke wire fencing as a shorthand for asylum-seeker imprisonment.

the route to power to change society starts at home.

Thinking outside the fence — or demolishing it completely — may be a good start.

By Katherine Wilson, author and educator, Swinburne University of Technology. This article is republished from The Conversation under a Creative Commons license. Read the original article.