Religious faith is deeply ingrained in the way cities look and function. In the past, cities were often built with places of worship at their centre, and today you can find markers of faith dotted across every city in the world: from local parish churches to grand cathedrals, mosques to synagogues, soup kitchens to cemeteries. Faith also serves a social purpose, bringing city dwellers together to mourn, celebrate, remember, reflect and to help others.

Today, cities are becoming a driving force in global politics. It’s predicted that 66% of the world’s population will live in urban areas by 2050. And in a warming world, it’s more urgent than ever for cities to develop in an efficient and sustainable way.

Yet major discussions about the future of cities largely neglect the topic of faith. The United Nations’ New Urban Agenda (NUA) - the main global strategy guiding urban development for the next 20 years – is almost entirely silent about the role of faith and religion in the cities of the future, despite the fact that 84% of the global population adheres to a religious faith of some kind.

The NUA wants the cities of the future to be inclusive places, which all residents can enjoy equally, without suffering discrimination of any kind. Future cities should be just, safe, healthy, accessible, affordable, resilient and sustainable, while fostering prosperity and a high quality of life for everyone.

This vision resonates with the key values of many faiths. For example, the Judeo-Christian idea of shalom, the Islamic notion of saleem and the African tribal concept of Ubuntu all express in different ways the idea of human flourishing within community. 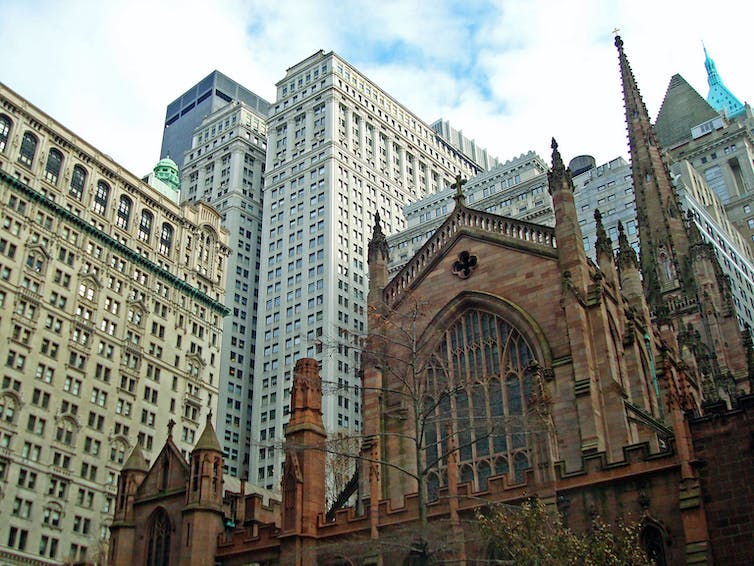 These concepts align with deeply-held principles commonly promoted by faith communities, such as justice, peace, stewardship, the intrinsic worth of people and nature and responsibility for future generations. And these values can inspire people to become active citizens who shape their cities. They promote unity and inclusion, by encouraging people to understand that their own well-being is connected with the well-being of the broader community and natural environment.

By recognising that the values embedded in the NUA are also central to much religious teaching, faith communities can play a big role in creating more sustainable and inclusive cities.

In many cases, faith-based organisations are already taking action to help make the vision set out in the NUA a reality. This was highlighted during a unique UN Urban Thinkers’ Campus, which took place in Singapore in November 2017. In our roles as academic experts, we held discussions with faith leaders and representatives from various sectors of civil society such as architects, planners, business leaders and community development workers.

During these talks, we realised that faith-based organisations can spark social change both within and outside of formal religious settings. Indeed, faith communities have a long history of actively working for the well-being of the community.

The Salvation Army runs homeless shelters and drop-in centres, for example, and religious groups lead conservation initiatives such as A Rocha’s Eco-Church in the UK, or Peduli Ciptaan’s Clean up Jabar Day in Indonesia, as well as health care and youth mentoring programmes around the world.

What’s more, many of the people who work as civil servants, educators, charity workers and business leaders are motivated by their religious faith, to bring about positive change in cities. 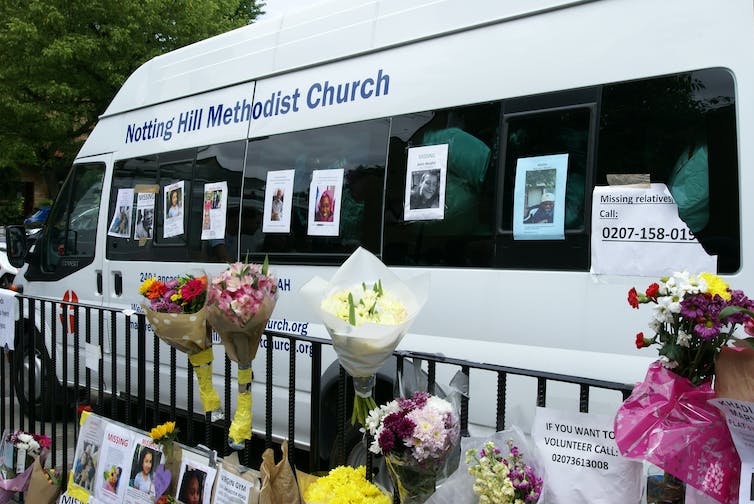 Caring for the community after Grenfell Tower fire. ChiralJon/Flickr, CC BY

The fact that places of worship are often located at the geographic centre of the communities they serve also means that they can be a place for people to rally and recover in the face of disaster. For example, after the Grenfell Tower fire in London, local churches and mosques were on hand to administer support to victims, in many cases more rapidly and effectively than government support services.

Faith communities can help to make their city fairer and more sustainable by getting involved in urban planning and politics. This can be really effective at a local level, when people representing faith communities connect meaningfully with local authorities, join planning councils and advise in matters of community well-being. In the UK, for example, faith communities have worked with civic organisations such as Citizens UK to bring about substantial social change around the country.

Religious organisations are also widely connected and influential at regional, national and international levels. The Catholic Church, for example, is estimated to have 1.2 billion members. And in the UK, there are 12,600 parishes of the Church of England (many of which have more than one congregation), far outnumbering the nation’s 8,225 bank branches.

The presence of faith communities in cities puts them in a strong position to act as bridges between governments and citizens. As also seen in the wake of the Grenfell fire tragedy, faith organisations are often more trusted than state ones – and trust is vital for communities to rally together and influence powerful institutions.

With strong moral values, a widespread local presence and significant influence, faith communities have huge potential to help build sustainable, inclusive and liveable cities. Both the United Nations and faith organisations must work to engage the energy and enthusiasm, which people of faith can bring to improve the world’s cities.

Written by Chris Ives, Assistant Professor in Environment and Society, University of Nottingham and Andre Van Eymeren, PhD Candidate, Swinburne University of Technology. This article was originally published on The Conversation. Read the original article.