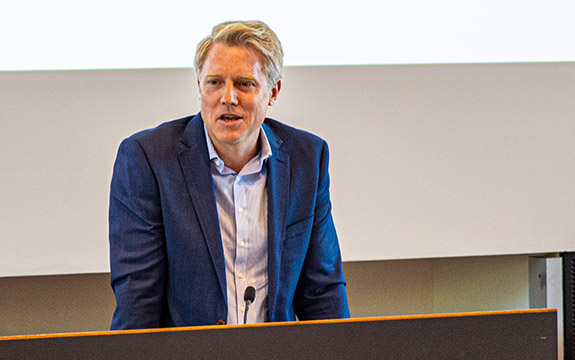 Speaking at a showcase of the designs, City of Melbourne Deputy Lord Mayor, Arron Wood, showed support for the project.

A Swinburne project supported by the City of Melbourne has reconceptualised four abandoned locations in Melbourne’s CBD as spaces to support those experiencing homelessness.

The project aims to inspire the City of Melbourne to consider advocating for private owners to revamp unused spaces in the city and adapt them to accommodate rough sleepers.

The Melbourne locations chosen for the project include: 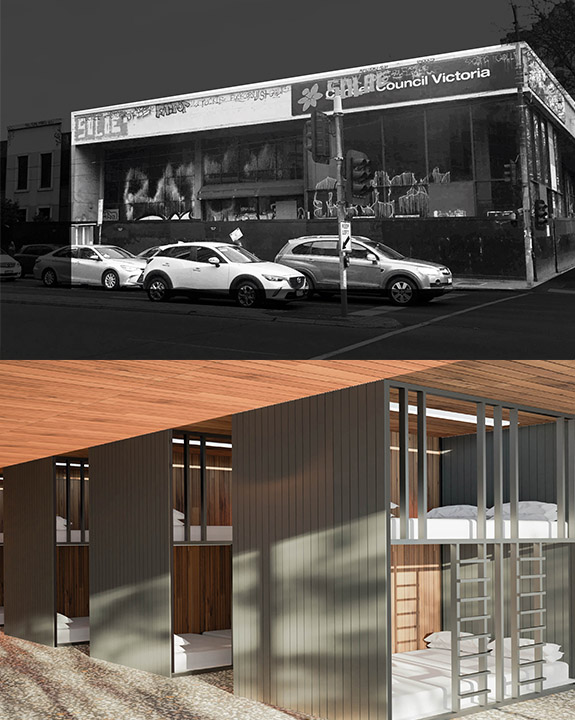 Over one semester in 2019, Advanced Diploma of Interior Design students have worked to redesign the spaces, creating concepts that suit the needs of those experiencing homelessness whether they be men, women, families or young people.

Project leader and Swinburne interior design teacher, Kathleen Estoesta, says that everyone is entitled good design and it is “more than what people see on The Block”.

“We want others understand that interior design can have a social conscience and have an impact on people’s lives. The most visible part of interior design may be pretty spaces, but it is also the most minute part,” says Ms Estoesta. Ms Estoesta knew she wanted to pursue a project that would address the homelessness crisis, but before finding the spaces for the project she didn’t know where to start.

“I wanted to understand homelessness holistically, but I was struggling to make a connection between homelessness and design. Once I read about these abandoned sties sometimes known as Melbourne ‘eyesores’, I knew this was a project that would work.

“It is an opportunity for us to give these buildings and the people most vulnerable in our communities a second chance.”

Ms Estoesta hopes the success of the project will inspire the City of Melbourne to look towards implementing their ideas in the physical spaces. 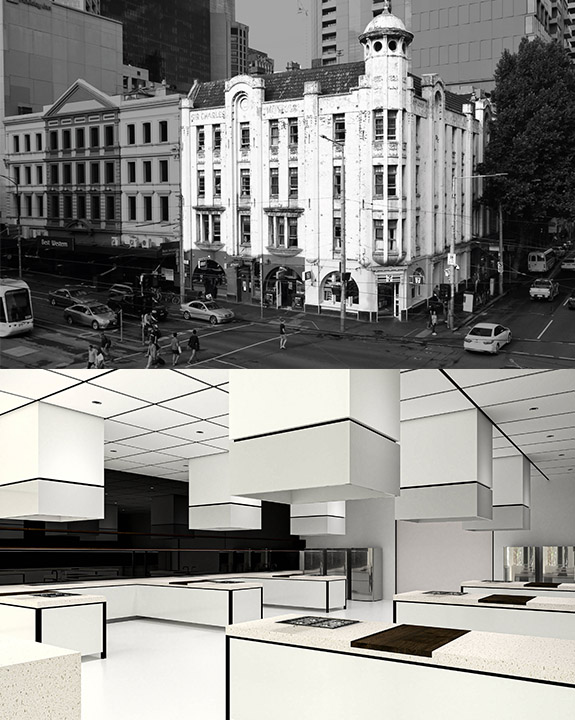 Speaking at a showcase of the final designs, City of Melbourne Deputy Lord Mayor, Arron Wood, said the project was something he is very pleased to be involved with.

“It’s a great opportunity for me to learn more about the role of design in responding to important social issues such as homelessness” he said.

“Good design matters in a city and what you [the Swinburne students] explore in this exhibition is fascinating and practical. Most importantly, you approached this project with creative thinking and respect and you produced something that maintains the dignity of an individual,” he said. “While the responsibility to clean up visually unattractive buildings ultimately lies with the private property owner, it’s amazing to see you reimagining buildings that I have labelled as eyesores within the City Of Melbourne,” he said in an address at Swinburne’s Hawthorn campus.

Cr Wood said that while Council was working hard with multiple agencies and not-for-profits such as Salvos to address homelessness, he stressed that Council can’t do it alone and that all tiers of government need to do better in housing all Australians.