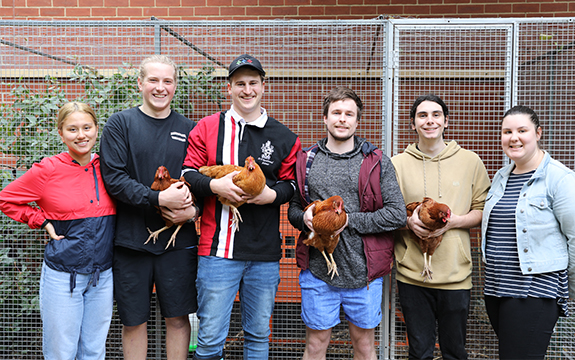 Swinburne students living on campus are excited to have four new feathery companions.

Swinburne’s Student Residences team has adopted four chickens to strengthen the sense of community among students living on campus and make them feel more at home.

The ‘Res Pets’ initiative was led by Resident Adviser and Civil Engineering and Business student, Trent Williams, after he noticed the students lacked outdoor activity and interaction with animals. 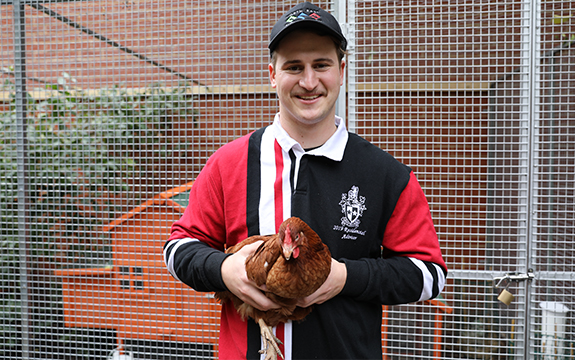 “The idea came from my rural background and growing up around animals,” says Trent.

“We thought the inclusion of chickens would promote the sense of community within the student residences by encouraging the students to be more responsible, connect with one another, and get outside and be active.”

“In turn, this would benefit the students’ mental health, while also making the student residences feel more homely, particularly as many of the students are from the countryside.” 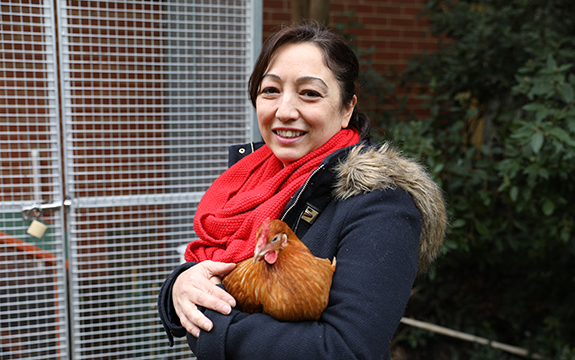 The chickens are also helping the students be more sustainable.

“We are able to feed some of our food scraps to the chickens and we are getting eggs from them every day,” he says.

Teams have been formed to care for the chickens on a rotating weekly basis. This includes cleaning the coop, collecting the eggs and replenishing their food and water.

“The amount of offers I have received to help with the chickens has been tremendous,” says Trent. 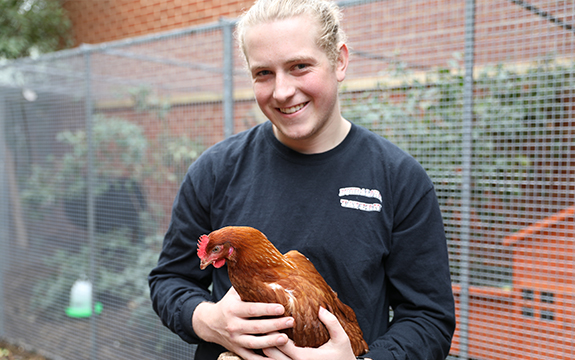 ‌Swinburne student Oscar Wyrzykowski is one of the many students who have volunteered to care for the chickens.

According to Australia’s peak animal welfare organisation, the RSPCA, pet ownership has many benefits. Pet owners are more physically active, less likely to report feelings of loneliness, better able to cope with stress and have enhanced social connectedness and social skills. 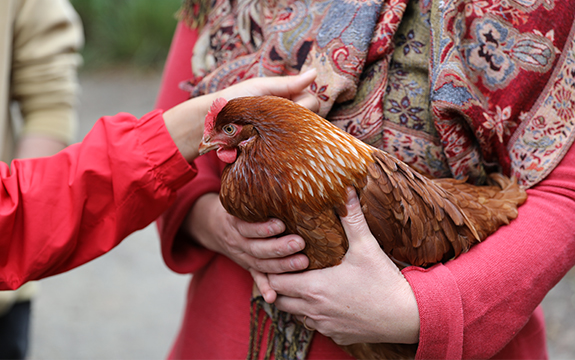 ‌Three of the chickens are in need of names.

One chicken has been named Rowan, after Swinburne’s Associate Director of Student Housing and Finance, Rowan Tan.

“Without Rowan Tan’s support we would not have been able to make this happen, so it was only fitting we named one of the chickens in honour of her,” says Trent.

A competition will be held to name the other three chickens, which will raise funds for the Student Residences Ball.