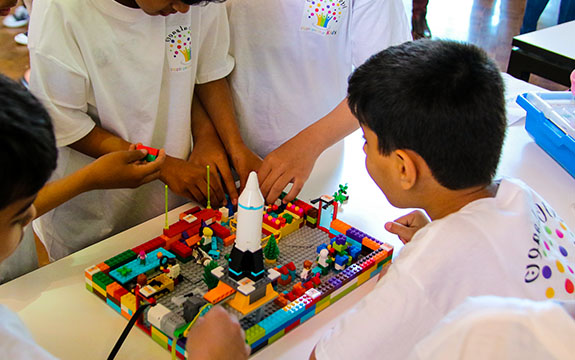 Teams of students build, program and compete with a robot, while learning about a modern problem in science and engineering.

Forty teams have competed at the FIRST (For Inspiration and Recognition of Science and Technology) LEGO League Victorian State Championships, hosted by Swinburne University of Technology.

This year, 96 FIRST LEGO League teams registered to compete in Victoria across four regional competitions with the remaining teams taking to Swinburne to compete this month.

Held on 18 November, the championships were opened by Swinburne Associate Professor Alan Duffy. In attendance were 400 student competitors, who were supported by coaches, parents and industry mentors, along with 60 judges, referees and volunteers.

The FIRST LEGO League puts children aged nine to 16 to the test, challenging them to think like scientists and engineers. Teams of up to 10 students build, program and compete with a robot, while learning about a modern problem in science and engineering, and developing solutions for it.

“This year's FIRST LEGO League season transported the teams into space, where they explored the vast expanse of the universe,” says Associate Professor Therese Keane, from Swinburne’s Department of Education and Tournament Director of the Victorian State championships.

Teams worked to create a robot operated on pre-programmed instructions and completed as many tasks as possible in 2 minutes and 30 seconds. The teams also developed solutions to problems they had identified that would have an impact on society. Throughout the project, teams learned more about space and presented their ideas to a panel of judges 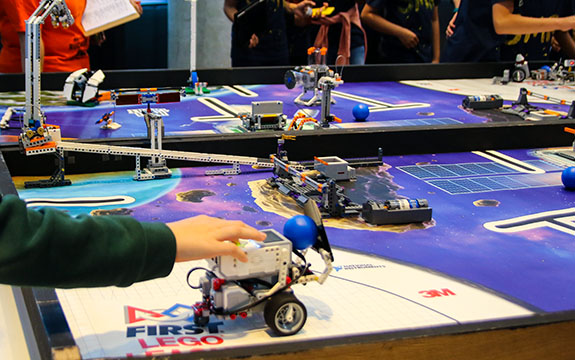 “Working on the project taught the students to research, think critically, work as a team and speak publicly,” says Associate Professor Keane.

“The aim of this international competition is to inspire the next generation of scientists and engineers ... our technology heroes. Each year, the bar is raised and the quality of their designs, programming and research is just phenomenal! It is very obvious the future is very bright, and these young students will be leading the way in science, engineering and technology.”

“It’s particularly important that we generate the interest in robotics in their formative years.”

As part of the day, the FIRST LEGO League Junior Expo also took place at Swinburne, involving children from ages six to nine.

Run by Swinburne education lecturer Katrina van Vuuren, the expo was a hands-on program designed to capture young children's curiosity and direct it towards discovering how science and technology impact the world around them.