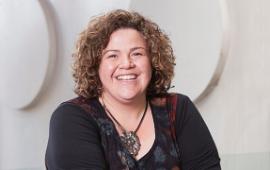 The Victorian Medical Device Partnering Program (MDPP), led by Swinburne, will receive $2 million funding from LaunchVic over two years to support the development of the medical device industry in Victoria.

The funding was announced today by the Honourable Philip Dalidakis MP, Victorian Minister for Trade and Investment, Innovation and the Digital Economy, and Small Business, and Dr Kate Cornick, CEO of LaunchVic, the state government agency charged with growing the Victorian startup ecosystem

The Victorian partnership brings together Swinburne with CSIRO, the University of Melbourne, Monash University, RMIT University, Australian National Fabrication Facility (ANFF) and BioMedical Research Victoria. It leverages the proven model and processes developed and implemented in South Australia by Flinders University across 10 years.

National MDPP Director and Founder, Professor Karen Reynolds, says this first important step in national expansion will deliver significant benefits not only to South Australia and Victoria, but will add impetus to medical technology research in Australia as a whole.

“In the past decade the MDPP at Flinders University has created a streamlined model for early-stage medtech development,” Professor Reynolds says.

“This exciting, strategic expansion reinforces the strong foundation of expertise that has been established in South Australia. A wonderful way to mark our 10th anniversary, the establishment of our sister entity adds critical mass to our efforts and is an important step in delivering benefits to the sector in Australia more broadly.”

Professor Reynolds announced the appointment of Professor Sally McArthur, Professor of Biomedical Engineering at Swinburne and CSIRO Research+ Science Leader in Biomedical Manufacturing, as the Regional Director of MDPP in Victoria.

Professor McArthur is excited about the prospects for Victoria, not only in connecting the stakeholders in the medtech sector, but in creating new ventures and employment opportunities for the State.

The national expansion of the MDPP has been supported by MTP Connect and the Growth Centres Initiative. Over the past 12 months, the MDPP have been busily engaging across the country, holding workshops in Victoria, New South Wales, Queensland and Western Australia, as well as internationally in Singapore.

“We are passionate about supporting the development of the medical device industry and working with a wide range of stakeholders who can achieve that” says Professor Reynolds.

The MDPP will soon begin recruitment for the Victorian-based team, with an official opening anticipated for early 2019.

Health Technology
Can’t do what you need to do in a public toilet? You’re not alone – and there’s help
Improving detection and treatment of depression in people with MS
Dating apps are the norm and it’s time to stop viewing them as a risk
Putting humanitarian work on the map
Setting language goals for women’s sport
Prominent scientist Leonie Walsh appointed to Swinburne Council
Engineering
Design