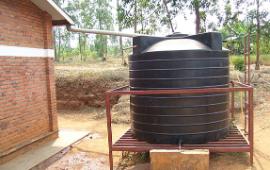 Significant variations in water savings are likely due to climatic variability.

To help homeowners determine the size of rainwater tank they need for non-drinking water purposes, Swinburne researchers have developed a user-friendly computer tool that can easily analyse variations in rainwater tank outcomes for any location.

Developed by Associate Professor Monzur Imteaz, the tool – eTank – calculates the expected water that can be saved based on a daily water balance analysis, incorporating daily rainfall, contributing roof area and runoff. 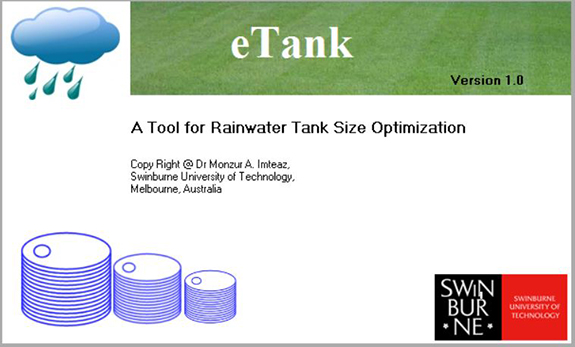 Associate Professor Imteaz and two of his PhD students have analysed potential water saving variabilities for different cities in Australia.

They reported significant variabilities in water savings within different parts of Sydney.

“We found a difference of up to 25,000 litres in annual water savings can be expected. This difference is greater during dry periods, when rainwater is more critically needed,” Associate Professor Imteaz says.

He says a region having lower annual rainfall amounts does not necessarily lead to lower rainwater savings; rather it also depends on the rainfall distribution as well as water demand, tank size and roof surface area.

“A stormwater harvesting system based on long-term annual average rainfall will not provide much benefit for a dry year, and Australian climatic variations are quite significant,” Associate Professor Imteaz says.

“Moreover, significant rainfall variations can be expected within a city, especially a large coastal city, such as Sydney.”

He says significant variations in water savings are likely due to this climatic variability.

“Between dry and wet years, a variation of water savings up to 29,200 litres is expected for Sydney’s CBD, whereas this variation may be up to 37,400 litres for an inner Sydney location, such as Richmond.”

In general, people are not aware of the payback period for their initial investment on a rainwater tank and the optimum size of the storage required to meet their needs.

Associate Professor Imteaz says eTank users would be able to perform cost analysis and calculate payback period of initial tank costs under any tank scenario. The eTank has been used in Nigeria and Nepal, and is now being trialled in the USA.