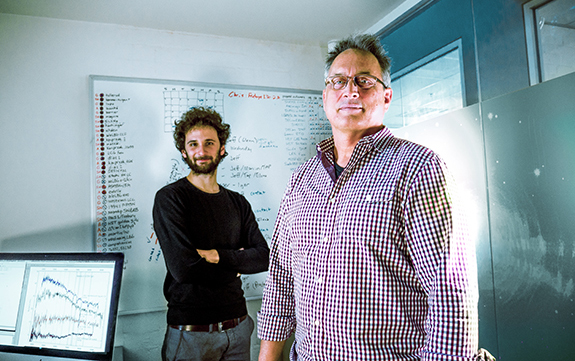 The world-first announcement of the detection of gravitational waves from the merging of two neutron stars involved researchers from around the world, including several astrophysicists from Swinburne University of Technology.

Alerts of the event were sent out to astronomers worldwide, who dropped what they were doing to turn their telescopes to this event, observing it with every type of telescope at every wavelength of light.

It was identified and located in a galaxy named NGC 4993, near our Milky Way galaxy and in the Southern Hemisphere of our night sky.

At Swinburne, Associate Professor Jeff Cooke and PhD candidate Igor Andreoni swung into action, initiating optical and infrared observations of this event and compiling and analysing some of the data.

“We have been preparing for an event like this, but didn’t think it would happen so soon and in a galaxy so close,” Associate Professor Cooke says.

“Once we were alerted of the gravitational wave detection, we immediately contacted a dozen telescopes in Australia, South Africa, the USA, Chile, the US Virgin Islands, and even near the South Pole in the Antarctic and joined the worldwide effort to study this historic event.”

The location of the neutron star collision in a direction in the sky near the Sun made it possible for optical telescopes to observe it for only a short time after sunset. A coordinated combination of observatories worldwide was needed to observe the event in a series of short segments as they chased the sunset around the world as the Earth turned.

The researchers observed an explosion called a kilonova, which is about 1000 times brighter than a nova and more beautiful than they could have imagined. Along with gamma-ray bursts, kilonovae have been predicted to occur from neutron star mergers. 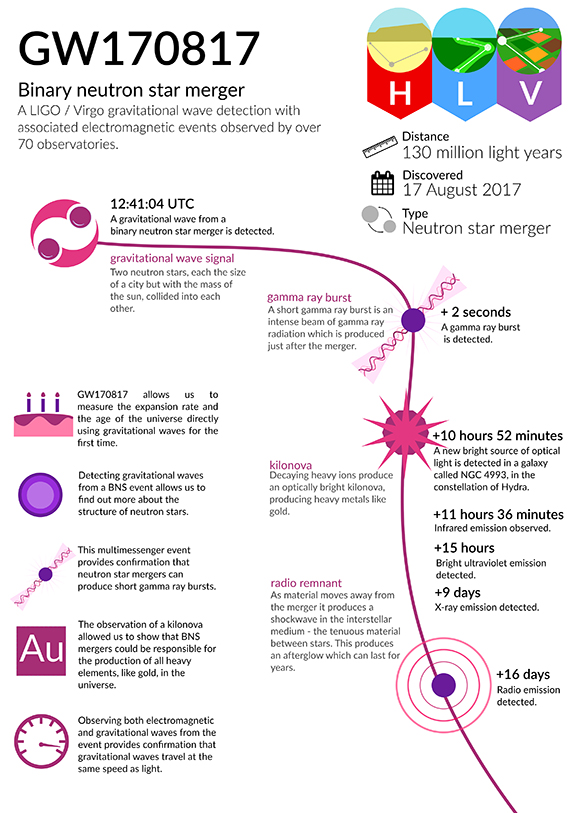 “Kilonovae are extremely difficult to discover, but astronomers have always suspected that there was something special about these elusive explosions,” Mr Andreoni says. “The detection of gravitational waves has allowed astronomers to verify this theory in a spectacular way.”

“Having associated explosions of light that you can find in the vast Universe enables us to pinpoint their location and fully understand them.

“We are now able to confirm several theories from observing this one event, located right in our own backyard, in exquisite detail from observations made by more than 50 telescopes around the world and in space at every wavelength.”

Because researchers were able to locate and see the event, they can confirm:

“It’s much like hearing versus seeing,” Associate Professor Cooke says.  “You might hear a strange insect buzzing around in a room at night, but you wouldn’t know what it was or exactly where it is. This event turned on the light and let us see exactly where it is and what it is.”

Mr Andreoni adds: “We used to look at the sky. Thanks to the detection of gravitational waves we started to ‘listen' to the sky. Now we are able to look AND listen to the Universe; it is the dawn of a new era for our understanding of the cosmos."

The collision of neutron stars releases an enormous number of neutrons – particles necessary to create elements – that were locked in the intense gravity of the stars.  In the special conditions of the explosion, the particles can fuse together to form all types of elements, including the heaviest elements, such as gold, platinum and uranium.

Details of the Australian-led efforts to detect, monitor and study this event have been published in Publications of the Astronomical Society of Australia (PASA).