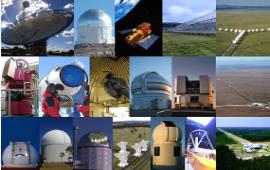 "We process and search the data in real time using the Swinburne supercomputers and are essentially making very sensitive and detailed movies of the active Universe.

A massive collaboration of about 20 telescopes from around the world and in space has been searching for the fastest explosions in the Universe from a control room at Swinburne’s Hawthorn campus.

Astronomers, current and prospective students at Swinburne and those participating remotely around the world are aiming to solve the mystery of one class of fast explosions – the Fast Radio Bursts (FRBs), a type of mysterious explosion discovered in 2015 by Swinburne astronomers.

These explosions occur faster than the blink of an eye, but are so bright they can be seen halfway across the Universe.

Over the course of six days of observing, the astronomers discovered more than a dozen supernovae very early in their explosion, one in a very peculiar host galaxy, several mysterious exploding events, thousands of rapid pulsating events, asteroids, and flaring stars.  But sadly, no FRBs. “We didn't detect an elusive FRB, but the odds are low because they are so rare, hence we need a number of these observing runs to detect one,” says program leader Dr Jeff Cooke, pictured above.

"However, because of the design of this program, we only need one to solve their mystery.

“We did, however, detect many interesting objects that were also top priorities for the program and thousands of events that are somewhat more common, but which have not been detected in this number nor with the very fast cadence or type of multiple wavelength observations.”

"We process and search the data in real time using the Swinburne supercomputers and are essentially making very sensitive and detailed movies of the active Universe. 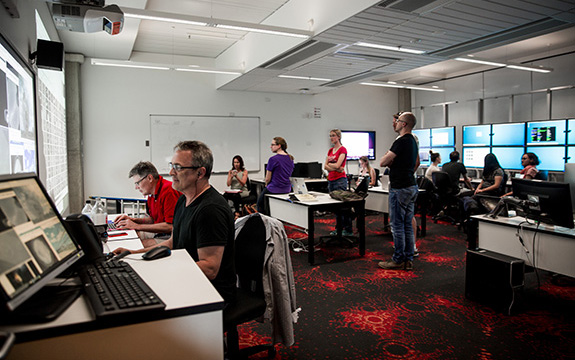 The simultaneous observations around the world and in space that were coordinated from Swinburne’s Advanced Technologies Centre have been completed, but they are just the first part of the program.

“We were happy with the outcome,” Dr Cooke says. “We have ongoing follow-up observations that are equally important with an array of telescopes all over the world, including gravitational wave detectors, and both the data and discoveries are still forthcoming."

The telescopes involved in this experiment included:

•             the Cerro Tololo Inter-American Observatory Blanco telescope with the Dark Energy Camera and the European Southern Observatory REM infrared telescope, both in Chile,

•             The Laser Interferometer Gravitational-Wave Observatories in the USA