The financial fallout of separation issues 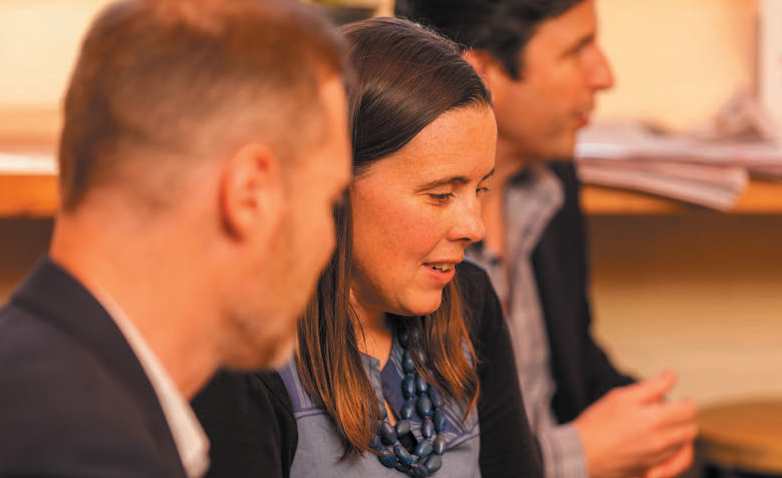 Associate Professor Kay Cook is comparing child support programs around the world and how governments handle these complex financial arrangements.

It’s the oldest story in the book: two people meet, fall in love, have kids. Later, they fall out of love and want nothing to do with each other, but like it or not, the couple will be linked until their children are raised — a job that requires a lot of time, money, generosity and love.

What is a government’s role when parents are at odds? According to Associate Professor Kay Cook, a leading researcher on child support, who joined Swinburne’s Department of Social Sciences in 2018, no country has found a comprehensive answer.

Cook, who is also Co-director of the International Network of Child Support Scholars, has launched a project examining the personal, practical and institutional barriers faced by parents needing child support payments. Her work is partly funded by an $841,000 ARC Future Fellowship designated to areas of Australian importance, but her project draws on expertise from across the world, particularly on policies in the United Kingdom and the United States.

“What’s been striking so far,” she says, “is that on one level the challenges are fairly similar. It doesn’t matter if it’s Nigeria or Norway, if a person doesn’t want to pay there is often nothing making them.”

Cook points out that advocates in many countries report substantial barriers to accessing entitlements and pursuing full payment. To unpick this, she has already interviewed experts from 16 countries to explore whether there are common challenges.

A Canadian child support administrator (who can’t be identified because of the ethical requirements of the project) suggests there are common issues.

“Our caseload, like caseloads in many other countries, is falling, despite increasing levels of child poverty. I don’t think it is because absent fathers are paying child support so mums don’t need us,” she says. “There are clearly other dynamics today — and families are quite different to the families of 25 years ago when these programs were set up. We are trying to find out what is going on. I think Kay’s research will provide us with some really interesting insights.”

Cook will interview women who report having problems with child support and look closely at case studies in Australia and the United Kingdom. Her research draws on the knowledge that child support policymakers weigh three competing factors: cutting child poverty, reducing welfare spending and compelling parents to meet their responsibilities. Governments, she says, tend to emphasize one point over the others.

The United Kingdom has emphasised the second point and since 2013 has effectively required parents to pay fees of up to 20% for the payer and 4% for the recipient to participate in a formal child support administrative arrangement. The idea, says Cook, is to encourage parents to manage their affairs outside of this system. Meanwhile, the government in the United Kingdom continues to pay welfare, but has removed any link to the amount of child support received by parents. This perhaps ultimately reduces child poverty in cases of child support non-compliance, but it means the government steps back from the financial equity issue between former couples.

The United States, by contrast, emphasizes point three and takes a more punitive approach, with some states penalising parents who don’t pay.

“You get poor fathers with children to several women with a high child support order. There’s often no scaling that recognises you can’t pay 20% of your income times eight. And then they are jailed for non-compliance,” says Cook.

It’s the other extreme, she says. In Australia, child support has been a running source of debate for more than a decade. Much of that has focused on a formula to calculate the costs of children and how to stretch parental income that used to pay for one household across two.

The standardised child support formula was adjusted roughly 10 years ago and counts the reported income of both the father and mother, the number of nights children spend with each parent, and the projected costs of each child based on age. But both parents have been granted the same self-support amount, regardless of care-time or income. The result is that the lower-income single parents end up with less.

“One of the major problems is that the standardised self-support amount doesn’t take into consideration any of the opportunity costs that are lost for primary carers, usually women, who often have the care time during the work-week, while men often have the children every second weekend and half the school holidays, which doesn’t at all interfere with their earnings,” says Cook.

She has examined the arguments, particularly those made by fathers, and what they say about expectations before and after separation. In the most extreme cases, she found a pushback against the entire rationale for the child support system — the idea that money needs to be redistributed from the income haves to the income have-nots, in this case often to mothers.

“Some fathers don’t agree with the principle of child support at all,” she says. They argue that we’re all equal now, so women should be working more. But women often can’t work as much because they frequently have more care responsibilities and face high childcare costs.

Even when they are working they can’t earn as much due to the gender wage gap and lower paid feminised occupations.”

More than half the people in the child support system transfer that money privately between one another, says Cook, so this tax issue can be problematic. “The government doesn’t know whether or not it has actually been paid. They just assume it’s 100% compliant, even though the best-case scenario, based on fathers’ reports, is that only 73% say they pay in full and on time.”

Parents who receive child support above a certain amount lose 50 cents in every dollar they are entitled to under Family Tax Benefit Part A, a benefit to help with the cost of raising children given to all parents who meet the requirements. This creates a significant problem when they are receiving less than assumed. A related issue is that the government calculates how much child support people should be paying based on their tax return. If no tax return is lodged, they calculate it based on the payers’ last filed tax return indexed for wage growth.

In 2015, Cook’s findings helped shape the recommendations of an Australian Parliamentary Inquiry into the Child Support Program, including the suggestion that the government collect comprehensive demographic information on all child support clients to help design a better service, and make data publicly available, so the scheme could be researched, evaluated and understood. She also contributed to the inquiry recommending the Australian National Audit Office examine whether the Australian Taxation Office and the Department of Human Services were cooperating effectively to address cases where fathers liable for child support did not lodge tax returns. The government agreed with all three recommendations, and is investigating.

Working with the National Council of Single Mothers and their Children (NCSMC), Cook also held a forum in 2016 to advocate for child support issues among policy stakeholders. Information from the forum has formed the basis for a campaign, led by NCSMC chief executive, Terese Edwards, to lobby for stricter enforcement on separated fathers who do not lodge tax returns.

Cook started out studying health promotion, first in Australia and then in Canada, looking at policies that shape wellbeing and health. She returned to Australia to complete a doctorate investigating welfare entitlements for single parents. While working with the Brotherhood of St Laurence on an ARC Linkage project in 2013 however, she noticed that many single mothers reported to her that they found their child support income erratic, and in some cases the difference between having money for food or not. She decided the subject deserved a more nuanced investigation.

Cook says while all countries differ in how they approach child support policies, none have really come to grips with the fact it’s not just a financial matter. It’s often a highly emotional issue. “We’ve turned [child support] into a technical problem to be solved through a formula,” says Cook. “But, as a policy, this has to deal with many of the big issues of life: caring for children; gender roles; responsibility for earning; responsibility for caring; the welfare of children; and, people’s emotions.”