Home ownership remains strong in Australia but it masks other problems 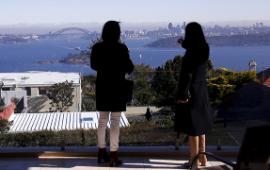 Slow but steady decline in home ownership continues as 23.6% of all Australian households now rent privately

The great Australia dream of owning your own home is still alive despite the various problems plaguing housing affordability, new Census data shows. Even though the overall home ownership trend remains strong, it’s masking other issues.

The latest 2016 Census data assesses what the national home ownership and rental rates are and how these vary location. It also gives us a picture of mortgage and rental costs.

This contraction is nowhere of the scale of equivalent falls in home ownership in the US and UK and New Zealand over the same period.

The opportunity households now have to borrow against their mortgage loans for spending undoubtedly accounts for some of this change. Also contributing to this is home purchasers are less likely to reach retirement age with no remaining mortgage debt, in the same numbers as previous eras.

Another aspect of housing affordability is masked by these numbers - the wide variation in being able to purchase a home according to age and income. Recent evidence indicates would-be-home-owners try various means including very high mortgage debt and moving to outer urban locations away from employment and into smaller dwellings, to be able to buy a house. Some even delay having kids.

Census figures show that for people wanting to purchase a home, a change in state or city location may be an option. According to the data Darwin was the most expensive city to buy in, whereas Hobart was the cheapest for home purchasers.

For households across the income spectrum, 7.2% of purchasers are paying more than 30% of their income on mortgage costs, the data shows. This figure is likely to be far higher among the lowest income (40% of households) for whom such costs place them in housing poverty.

Given the national obsession with investment in private rental, it’s no surprise that the proportion of all Australian households now renting has also increased. Census 2016 results show the private rental sector grew in size, from 20.2% in 2006, to 22.0% in 2011 and to 23.6% in 2016.

In 2016 a total of 2,089,633 Australian households rented privately, either from real estate agents or private landlords.

The growth of the private rental sector largely reflects the high costs of home purchase. Many households who rent have a relative lack of security and control over rental increases.

For those unable to pay rent in the private market, social housing is likely to provide little relief. Census data shows overall rates of social housing declining from 4.7% in 2006 to 4.0% in 2016. In this context, the growth in rates of homelessness in the last decade is perhaps not surprising.

For Indigenous Australians, the housing picture is different. Census 2016 data show among households in which at least one resident is Aboriginal and/or Torres Strait Islander, 12.2% are outright owners, 25.9% are purchaser owners, 32.4% are renting privately. Around a fifth of households, 21.5%, live in social housing, reflecting targeted social housing programs in metropolitan, rural and regional areas.

Overall, home ownership has not changed as dramatically in the last decade, as some would have anticipated. However, it’s likely with the labour market being what it is and the adaptations people are making to try and buy a home, there may be longer-term problems to be seen in future.

Excessive household debt, polarisation of cities into low and high income earning areas and deepening family housing constraints indicate these Census figures likely mask bigger problems. This may translate over time into a more costly social problem, as increasing proportions of households require housing assistance of some form. Australian society could become even more divided on the basis of housing wealth and opportunity, if these trends continue, as we expect they will.