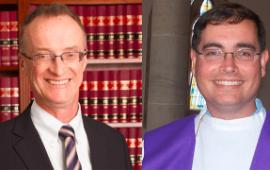 The gay panic – or homosexual advance – defence has allowed people literally to get away with murder. It’s given them a way to convince juries they were provoked to kill because a homosexual person propositioned them.

In an alarming number of cases, juries were convinced that an advance by a gay – or supposedly gay – man was sufficient provocation for killing him. Juries have opted instead to convict the defendant of the lesser offence of manslaughter.

Over the past 14 years this practice has been abolished across Australia’s states and territories; Queensland is the latest state to do so. In this episode of Change Agents, Andrew Dodd speaks to Catholic priest Fr Paul Kelly and Sydney barrister David Buchanan, SC, about how they did it.

Change Agents is a collaboration between The Conversation and the Swinburne Leadership Institute and Swinburne University’s Department of Media and Communication. It is presented by Andrew Dodd and produced by Samuel Wilson and Andrew Dodd, with production by Heather Jarvis.