The problem with the way we educate economists 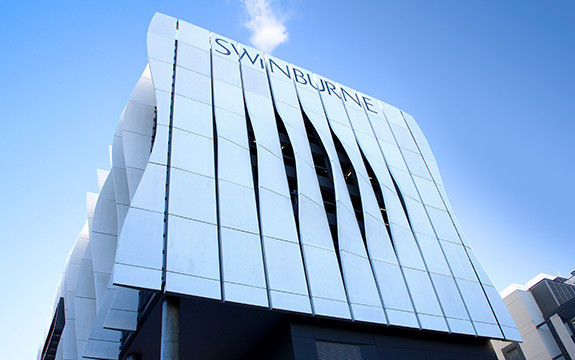 It is widely understood across society that all is not well in the house of economics. In particular, there has been much criticism of the discipline’s inability to anticipate the global financial crisis, with even the Queen feeling compelled to ask Britain’s leading economists why they did not see the crisis coming.

More recently, there have been growing protests about the narrow way in which economists have been educated. Last week, 48 associations of economics students from 21 countries (including Australia) formed the International Student Initiative for Pluralism in Economics and published an open letter calling for deep reforms in the way economics is taught. The students point out how the narrowing of the curriculum has meant that many of them only get a simplistic, uncritical coverage of just one area of economics: what is known as the neoclassical school. This is the school that has been increasingly criticised as inadequate.

Why do so many students care, and why should we care, about the narrow and uncritical economics education they are receiving? The students correctly point out that the way economics is taught has consequences far beyond the university walls: it shapes the minds of the next generation of policymakers, and therefore shapes how societies respond to the substantial challenges of the 21st century.

Because the big choices that face our society are increasingly framed in economic terms, it is critical that students obtain an education that allows them to properly assess the options in front of them.

The students are dissatisfied for three reasons. Firstly, there is generally no required study of economic history or the history of economic thought. This produces graduates with dangerous levels of historical amnesia in regard to the world and to the discipline they assume they understand.

Secondly, contemporary economics students will rarely encounter any of the schools that compete with the neoclassical school: institutional, post-Keynesian, behavioural, Marxian, Austrian, feminist or ecological. These economics schools, which come from all points of the intellectual and ideological compass, make crucial contributions to building up our understanding of a complex and ever-changing economic and social world.

Thirdly, the curriculum fails to incorporate crucial insights offered by other disciplines such as politics, philosophy, history, sociology and psychology.

Student protests over economics curriculum is nothing new. At Sydney University, demands for greater pluralism were sustained over four decades. Tellingly, the situation could only be resolved by creating a separate department in the social science faculty: The Department of Political Economy. This department has prospered. Its first-year elective subject "economics as a social science" typically has enrolments of 600 to 700 students.

Total enrolments in its subject offerings have sometimes been over 3000. More importantly, many of its past students have gone on to make big contributions to the world and have also acknowledged how important political economy has been to their personal and professional development.

Why is the contemporary economics curriculum generally so narrow, and why is it so difficult to remedy? Various factors are at play, but a central reason is that neoclassical economists still hold the institutional power within traditional centres of economics teaching. While there can be some impressive individual exceptions, all too often neoclassical economists are uncomprehending, indifferent or hostile to pluralism.

Intellectual suppression, by means fair and foul, is all too common.

What is likely to happen from here? Having worked inside university economics departments for more than 10 years, and having undertaken a doctorate on the economics curriculum, I very much hope the students adopt a two-track strategy: they should keep asking for something better from departments of economics, but put just as much effort into investigating whether a pluralist economics curriculum can be taught from elsewhere in the university.

Sydney University’s Department of Political Economy offers one template by which this might be done. Other potential bases for a pluralist curriculum include departments of politics and management. Political economy could clearly grow in such places: the demand and need for it is strong, the benefits to individuals, companies and societies are well established.

We cannot know how this global wave of protest will play out. Perhaps the students will achieve change from within the traditional centres of economics teaching. Failing this, they have an alternative strategy of looking outside the traditional economics department.

Under this strategy, the implacably opposed neoclassical economists can teach and research what they like and they can call that work economics. The rest of us can build a pluralist economics and call it political economy.

Might the neoclassicals complain? Given their unshakeable belief in the superiority of their product, their well-known condemnation of monopoly power, their belief in the benefits of competition and customer choice, then surely they, of all people, could not object to a bit of competition on a level playing field?

Dr Tim Thornton is a lecturer at the School of Politics and Education at Swinburne University.