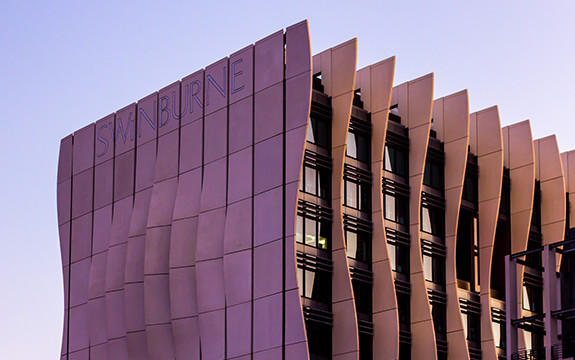 Swinburne University of Technology today launched a Reconciliation Action Plan with a commitment to educational and career pathways for Aboriginal and Torres Strait Islander peoples.

Swinburne President and Vice Chancellor, Professor Linda Kristjanson, said the launch, during National Reconciliation Week, was an important step in engaging with, supporting and learning from Aboriginal and Torres Strait Islander cultures and communities.

“Swinburne’s Reconciliation Action Plan marks the beginning of a journey in which we will continually identify ways that we can enhance our knowledge and connections with Aboriginal and Torres Strait Islander cultures and history,” Professor Kristjanson said.

“As a Swinburne community, we strive to be a place where Aboriginal and Torres Strait Islander peoples and Wurundjeri heritage and culture are recognised and celebrated.”

In line with National Reconciliation Week, Swinburne has also joined forces with some of Australia’s leading businesses, sporting bodies and NGOs to support the “Racism. It stops with me” campaign.

Swinburne has a long-standing commitment to equity and diversity in the workplace and has committed to preventing racism by undertaking awareness-raising initiatives.

The national campaign, led by the Australian Human Rights Commission, has been developed through a partnership of government and non-government agencies and will run until 2015.