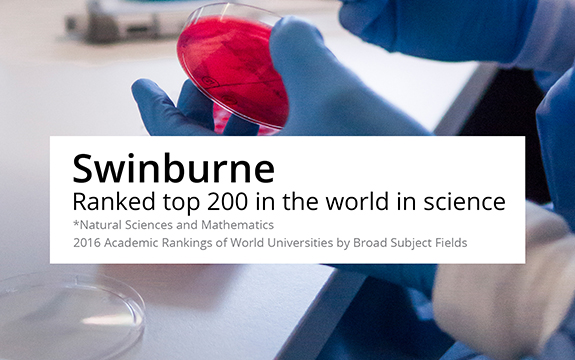 For the first time, Swinburne has ranked in the top 200 institutions in the world in science, rated by the Academic Ranking of World Universities by Broad Subject Fields (ARWU-FIELD).

The university’s recent research highlights are featured in the Swinburne Research Impact magazine published in collaboration with Nature Research.