Fuel efficiency standards are applied to car manufacturers and indirectly set limits on how much CO₂ can on average be emitted from a new vehicle. Such standards lead to lower fuel costs for motorists and could help Australia meet its targets under the Paris climate agreement.

Importantly, Bowen noted any new rules must be ambitious and designed specifically for Australia. But implementing effective standards is easier said than done – and there are many potholes to avoid.

Without a robust set of mandatory transport emissions standards, Australia’s dependence on fossil fuels will deepen, and reaching our emissions reduction goals will become harder. 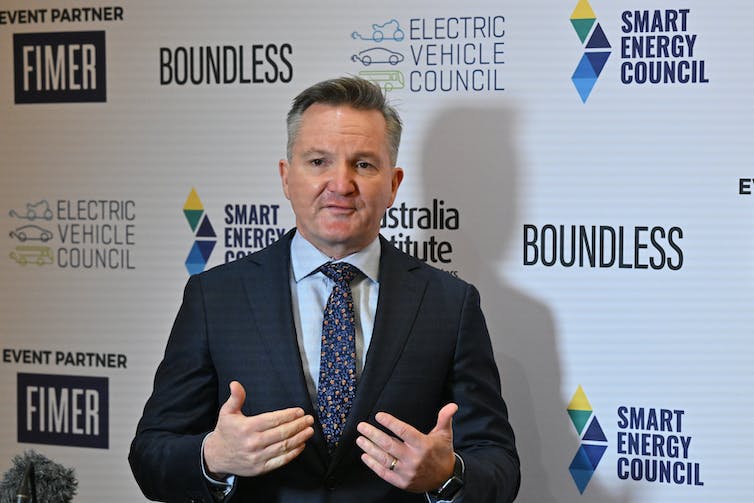 Standards must be mandatory

Road vehicles vary in the efficiency with which they use fossil fuels such as petrol and diesel. For example, large SUVs are usually less fuel efficient than smaller, lighter cars. And of course, electric vehicles operate without any fossil fuels at all (although the energy source used to charge their batteries determines how “green” they are).

Stringent fuel efficiency standards will encourage the auto industry to bring more electric vehicles to Australia, and reduce how many polluting vehicles it imports.

Australia is the only country in the OECD without mandatory fuel efficiency standards for road transport vehicles. Voluntary fuel economy targets were adopted for new petrol cars in 1978, but were not achieved in 2010. In 2020, Australia’s automotive industry announced a new voluntary reporting system for CO₂ emissions reduction of 3-4% per year this decade.

These rules are not mandatory, and the target probably falls short of what’s needed. Yet, the industry is promoting these standards as a template for Australia’s new fuel efficiency rules.

Mandatory fuel efficiency standards are at the core of energy and transport policies around the world. So this should be the first guiding principle of any new system pursued by the federal government. 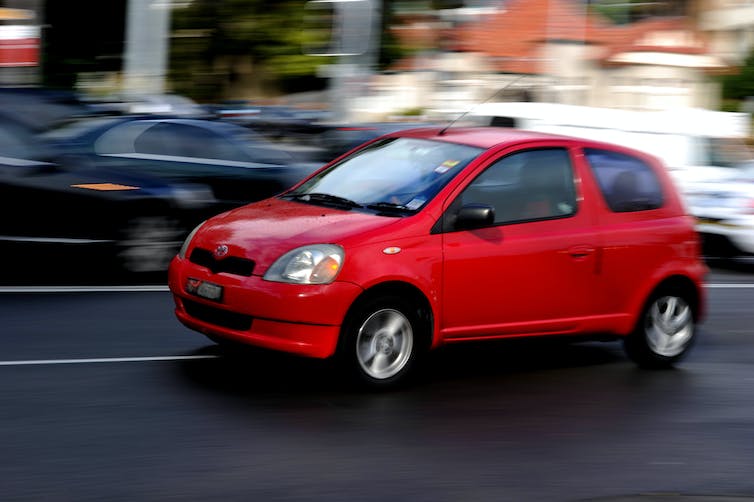 Second, the standards must be based on real-world fuel consumption.

The patterns also take into account local road type (such as residential, arterial or motorway) and driving conditions (such as free-flow or morning peak).

The voluntary industry standards now in place in Australia are based on a driving pattern called the “New European Drive Cycle” or NEDC. Among its shortcomings, the cycle assumes mild accelerations and constant speeds that don’t reflect modern-day driving.

This has led to substantial deviations between the NEDC assumptions about fuel use and real-world consumption.

Our recent research measured emissions from five SUVs driving around Sydney. After comparing our measurements with the Green Vehicle Guide, we found fuel use was 16% to 65% higher than NEDC values, depending on the vehicle and driving conditions.

And research in 2019 suggested that, contrary to official figures using the NEDC, the rate of CO₂ emissions for new Australian passenger vehicles was not falling – and may actually have increased since 2015.

Why? It’s likely due to an increase in sales of bigger, heavier vehicles in Australia, such as SUVs, as well as a shift towards more 4WD and diesel cars.

So it’s crucial that we drop the NEDC – and base the new Australian standards on a drive pattern that represents real-world conditions. This could be similar to the pattern adopted by the European Union, or a real-world Australian drive cycle. 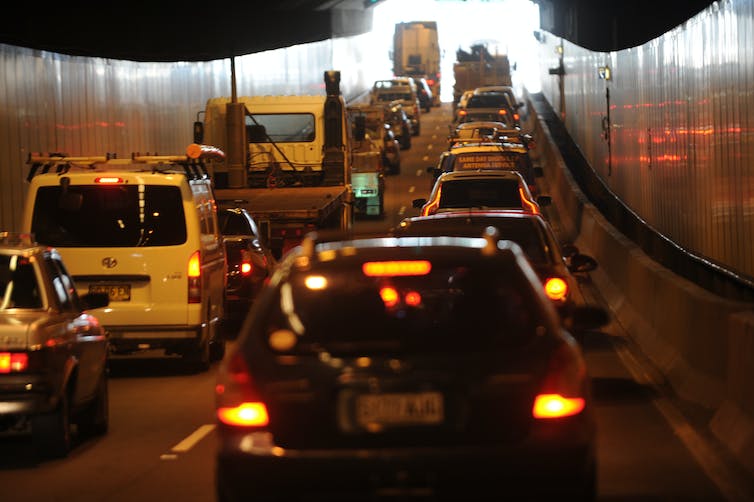 Fuel efficiency standards must be based on real Australian driving patterns. Dean Lewins/AAP

Other things to consider

The federal government should implement a single standard for all passenger vehicles – including all SUVs, without exception.

This may inadvertently promote sales of heavy SUVs and, as a result, significantly increase real-world fuel consumption and associated emissions.

And Australia’s standards must also eliminate loopholes that could allow companies to comply with regulations but not actually improve fuel efficiency to the extent intended.

The considerations listed above are by no means exhaustive. And new fuel efficiency standards must be supported by other policy measures, such as reducing our reliance on private cars, and promoting public transport, walking and cycling.

Transport is Australia’s third-biggest source of greenhouse gas emissions, and federal government moves to tackle this problem are welcome. But if fuel efficiency standards are not carefully designed, the sector will continue to let down motorists, and the planet.

This article was originally published on The Conversation.