Infectious diseases, both re-emerging and emerging, pose a continual threat to our population's health. Perhaps surprisingly, mathematicians have played a central role in the development of preparedness and response systems put in place by government to help mitigate the risks posed by transmissible diseases. Mathematical models have provided important insights into infection at both the whole-of-population scale (epidemiology) and individual-host scale (biology).

In this lecture Associate Professor James McCraw will begin by introducing the basic working model for the spread of an infection through a population, known as the SIR model. He will then draw parallels with the process of infection within the host. Both domains present significant challenges for the integration of models with data and he will explore the role of computational statistics in modern infectious diseases research.

Throughout the presentation, James will draw on examples of where mathematical and statistical analysis has yielded important insights into the process of infection and transmission and provided guidance on how to better combat disease. Case studies in influenza and malaria will be presented, with a focus on how model-based analyses have helped us to understand the role of immunity in resolving infection and how to make best use of antimicrobial drugs.

Associate Professor James McCaw is a mathematical biologist and epidemiologist and past Australian Research Council Future Fellow (2011-15) at the University of Melbourne. He completed a Bachelor of Science (Honours) in 2000 and PhD in theoretical physics in 2005. From 2005-14 he helped establish the infectious diseases modelling group in the Melbourne School of Population and Global Health at the University of Melbourne.

In 2015 he took up a teaching and research position in the School of Mathematics and Statistics. He retains a fractional appointment in population health, and also holds an honorary appointment at the Murdoch Childrens Research Institute. 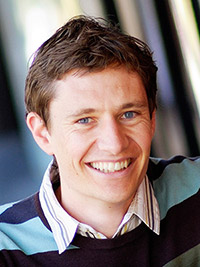