Come along to this inaugral forum

Presented by Professor Mark Burry AO, Director of the Swinburne Smart Cities Research Institute, the aim of the Thought Leadership series is to build on transdisciplinary collaboration and bring together impeccably researched and substantiated smart cities opinion on a broad range of topics.

In this inaugural forum, you will hear from Nicholas Gruen, policy economist, entrepreneur and commentator on our economy, society and innovation.

His lecture, titled ‘The public goods of the 21st Century’, will explore the landscape of the private and the shared in the 21st century. Digital collaboration is burgeoning us with open source software whilst in the ‘analogue’ world the public good of our social fabric is coming under immense pressure. The lecture will seek new ways of understanding these things to help the world we want.

Following the lecture, associates of the Smart Cities Research Institute will discuss their collaboration with the institute.

Light refreshments will be served. 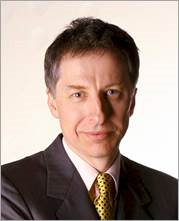 Nicholas Gruen is a policy economist, entrepreneur and commentator on our economy, society and innovation. He advised two cabinet ministers in the 1980s and 90s, taught at ANU and sat on the Productivity Commission (then Industry Commission) from 1993 to 1997.

He directed the New Directions project at the Business Council from 1997 to 2000.

He chaired The Australian Centre for Social Innovation (TACSI) from 2010 to 2016, the Federal Government’s Innovation Australia in 2013-14 and in 2009 chaired the Government 2.0 Taskforce.