‌The Wellbeing Clinic for Older Adults, in conjunction with the Swinburne Psychology Clinic and the School of Health Sciences are proud to announce a one-day seminar on dignity therapy with Dr Harvey Chochinov.

Dignity therapy is a therapeutic intervention to help bolster the dignity of dying patients and address their suffering. It invites individuals with life-limiting illnesses to reflect on matters of importance to them. Using the dignity therapy protocol and following the respondent’s cues, a trained therapist facilitates the expression of thoughts, feelings, and memories that are compiled in a narrative document for the patient to share with a friend or loved one. The benefits of dignity therapy have been published in the Journal of Clinical Oncology and the Journal of Palliative Medicine.

This workshop will be of interest to: 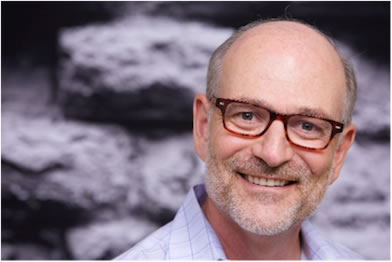 Dr Harvey Max Chochinov is a Distinguished Professor of Psychiatry at the University of Manitoba and Director of the Manitoba Palliative Care Research Unit, CancerCare Manitoba. His seminal publications addressing psychosocial dimensions of palliation have helped define core-competencies and standards of end-of-life care. Dr Chochinov holds the only Canada Research Chair in Palliative Care. His research has been supported by various agencies, including the Canadian Institutes of Health Research, the Canadian Cancer Society Research Institute and the National Institute of Health. His work has explored various dimensions of palliative medicine, such as depression, desire for death, will to live and dignity at the end of life.

Dr Chochinov has been a guest lecturer in most major academic institutions around the world. He is a recipient of the Queen’s Golden Jubilee Medal, the Order of Manitoba, and in 2014, he was appointed an Officer in the Order of Canada for his work in palliative care. He is the Chair for the Canadian Virtual Hospice, a Fellow of the Royal Society of Canada and a Fellow of the Canadian Academy of Health Sciences. He is the 2008 recipient of the National Cancer Institute and Canadian Cancer Society O. Harold Warwick Prize. Dr. Chochinov is the 2010 recipient of the Lifetime Achievement Award from the Canadian Association of Psychosocial Oncology and the 2010 International Psycho-Oncology Society’s Bernard Fox Memorial Award, for his research and leadership in psycho-oncology.

In 2012, he received the FNG Starr Award, which is the highest honor the Canadian Medical Association can bestow on one of its members. Last year, the Federal Government appointed him to chair the External Panel on options for a Legislative response to Carter v. Canada. In addition to over 250 publications, he is the Co-Editor of the Handbook of Psychiatry in Palliative Medicine, published by Oxford University Press, and the Journal Palliative and Support Care, published by Cambridge University Press. His most recent book, Dignity Therapy: Final Words for Final Days, is published by Oxford University Press and was the 2012 winner of the American Publisher’s Association Prose Award for Clinical Medicine.