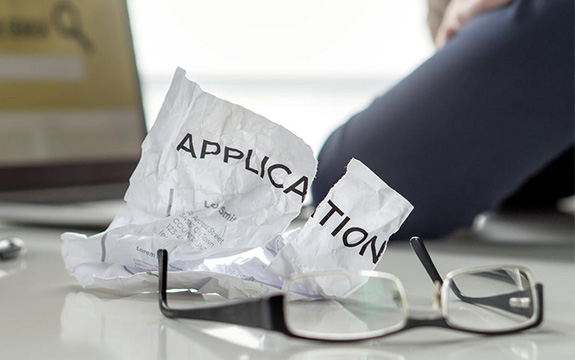 Past experience doesn’t always count for asylum seekers when they apply for work in Australia.

Finding work can be a challenge for new migrants to Australia who often arrive with limited English skills and lack local contacts.

But finding work for people seeking asylum can be even harder, as we found in a study that looked at the experience some had in trying to find a decent job.

Some found their qualifications were ignored, others were left to take what are known as survival jobs, which is any job they can get just to earn a basic living. And the challenges they face can be compounded by the traumatic experiences in their past.

The barriers to employment

Access to decent work is not only important for economic security, but also health and well-being. It’s increasingly being recognised as a human right.

Yet we found asylum seekers face layers of complex, structural barriers to employment. Some we spoke to had been relying on not-for-profit organisations for years to make ends meet.

Many described their job search as “desperate” and “helpless”.

Visa conditions of some had changed and their work rights denied for periods, often based on seemingly arbitrary factors such as how they came to Australia. For example, people who arrived by plane and are on a bridging visa can’t access concession courses at TAFE while those who arrive on boat can access concession rates.

Even years after first arriving, some are still struggling to find work, as one respondent explained:

Now I have been without a job for almost two years, and it is very difficult to get back into the workforce.

Even participants with high-demand skills and qualifications have few opportunities to use them, hence they depend on survival jobs.

For example, one held a master’s degree and wished to pursue a PhD in Australia, but said he was struggling to access essential living services, let alone attain a scholarship. He said:

I would love to teach and become a lecturer to contribute my quota in this country, but I have been relegated to warehouse job wasting my talent.

One of the managers from the Asylum Seeker Resource Centre we interviewed referred to this as “de-skilling”. She said by virtue of entering Australia, most asylum seekers are automatically denied recognition of any of their skills, qualifications or experience and are forced to “work their way up from the bottom”.

I find it hard when I speak to (asylum seekers) on the phone about the fact that they are now working night shift in, say, a pharmaceutical company, when they are just (like), ‘This is not what I really want to be doing. I am a particle physicist’, or something, ‘from my home country’.

These survival jobs are often financially unsustainable. Many respondents relayed stories of being underpaid and forced to work in exploitative conditions. For example, one said:

I faced lots of racist people who took advantage of me and recruited me under normal pay because I am an asylum seeker.

Our study found this exploitation was rife across the sector, but as one respondent said, government policies didn’t help as they were “so punitive that it completely reduces people’s ability to feel like they can stand up for their rights”.

These are just a few of the many factors that trap asylum seekers into a vicious cycle of precarious livelihood. The situation was made worse by the recent government cuts to the Status Resolution Support Service (SRSS).

The SRSS is the only source of government-funded financial and social support available to asylum seekers, offering vital necessities including counselling for torture and trauma, subsidised medication and income support.

Cuts to the scheme in 2018 resulted in 1,200 people dropped from support, with another 8,299 people expected to become ineligible in the next year. The cuts reportedly left people seeking asylum feeling destitute.

The asylum seekers most hard hit by these cuts also had the lowest skills and qualifications. Unable to even find survival jobs or access social security or mental health support services, these people are forced to rely on not-for-profit organisations for help.

Despite these organisations’ best efforts to provide personalised training and support, they are flooded with demand beyond their capacity.

As a staff member explained, they are merely “doing the best with what they have”.

What can we do?

Our report suggests some ways forward to alleviate these challenges.

Most notably, given the inadequacy of federal policy responses, state governments should work with community organisations and employers to provide more targeted services to asylum seekers who have fallen through the cracks of SRSS cuts.

They should fund programs that help recognise their skills and provide support to get them ready for any employment opportunities.

This should help address some of the “de-skilling” and survival job challenges asylum seekers face, and help them contribute significantly to the local economy.