Swinburne Photomedia student, Caitlin Gmehling, has received an Adobe Top Talent Award in the Photography category at the 2019 Adobe Awards. Her work is an interpretation of the Indietronica music genre and reflects the sounds, feelings and emotions experienced from the music.

Now in the third year of her degree, Caitlin created her work in an Experimental Image-Making Processes design elective subject in the second year of her Communication Design degree at the Swinburne School of Design, under the guidance of lecturer and graphic designer, Denise Lane, partner at creative agency, Sardine.

“My image is of coloured slinky toys photographed on paper. I worked with the image in Adobe Photoshop and manipulated it with the wave filter. The use of a slinky toy represents the fun of the music. Artificial sound and the bright toy colours portray its vibrancy. The wave effect embodies the electronic, synth and pop sounds of Indietronica,” explains Caitlin. 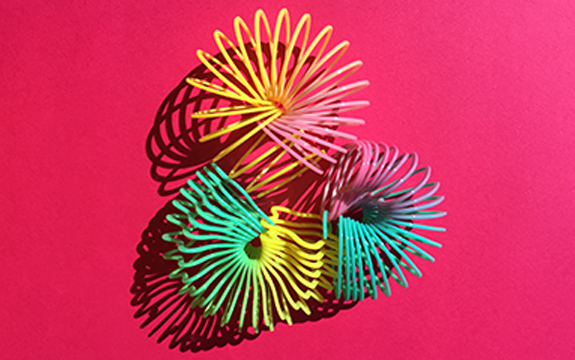 In the Experimental Image-Making Processes subject, the first project requires students to choose a genre of music and within that, find four sub-genres. Caitlin chose ‘Alternative’ as her genre, with Indietronica being one of her four sub-genres.

Through visual experimentation with different methods and mediums, Caitlin and her fellow design students came up with a visual solution to the interpretation of a genre.

“I began by researching the genre; listening to the music; then created visual brainstorms where I identified the sounds, feelings and associations made with the music,” Gmehling says. 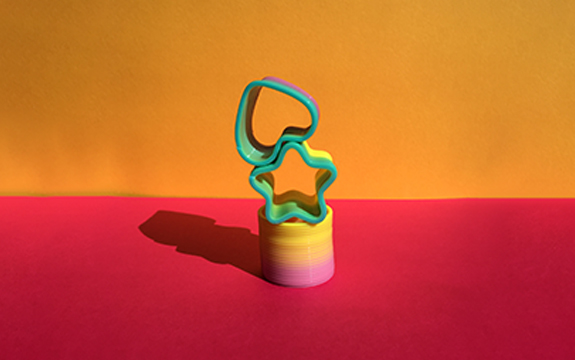 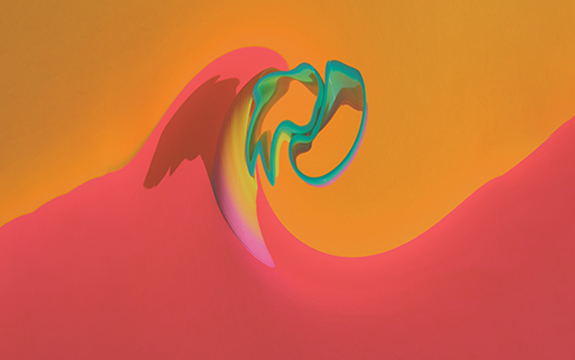 “My aim was to capture the sounds of the genre. Indietronica is quite artificial, bold, vibrant, electronic and digitally made without acoustic instruments. With a focus on artificiality, the visual outcome utilises toy slinkies photographed on coloured paper, which I manipulated in Adobe Photoshop,” says Caitlin. 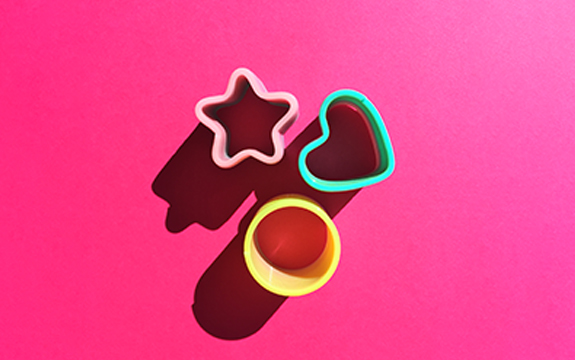 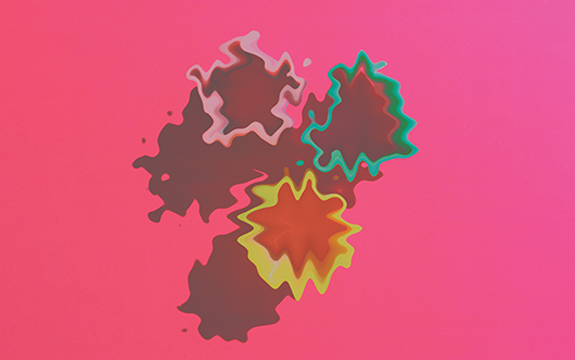 “The assignment brief for the subject was to design an album cover, however in my own time I made a moving version of the artwork that represents the motion of the music,” Caitlin adds.