American Airlines flight N342RX was the last Boeing 737 Max 8 to land in the US after the FAA grounded all such aircraft.

With investigations under way into two crashes of Boeing’s 737 MAX 8 aircraft, the US manufacturer has caved to pressure and grounded the entire global fleet totalling 371 planes. That includes both model 8 and 9 versions of the aircraft.

The company issued a statement saying this occurred:

… out of an abundance of caution and in order to reassure the flying public of the aircraft’s safety.

But the impact on passengers and air travel could last for months as airlines try to reschedule flights and seek other aircraft to meet demands. While things are still evolving, what should you anticipate as a traveller?

US President Donald Trump’s order on Wednesday prompted the Federal Aviation Authority to ground all 737 MAX aircraft flying in and out of the US.

While it is legitimate for a government to issue regulatory orders to intervene in an airline’s operation due to safety or security concerns, it is unprecedented that such a large number of countries are taking action.

At least 45 International Civil Aviation Organisation member states had already either ordered their airlines to ground 737 MAX aircraft, or suspended entry of such planes into enter their airspaces.

While investigations into the two crashes could last for months or even years before any conclusion is drawn, the length of suspension is also unknown at this stage.

Yet holiday seasons such as Easter and school vacations are approaching, and many of us will no doubt be looking to fly away for a break.

Airlines face disruption almost every day: airline operation is a complex system. Disruption can be caused by unforeseeable weather conditions, unexpected technical or mechanical issues of an aircraft, or associated safety hazards or security concerns.

Airlines therefore have strategies in place to manage or at least mitigate the effect of the disruption and reduce any potential delays. This could include but is not limited to:

With only 371 Boeing 737 MAX family jets in operation, this is a small percentage of the total of more than 6,000 of the previous model and gives airlines the ability to use other jets in their fleet as a replacement. 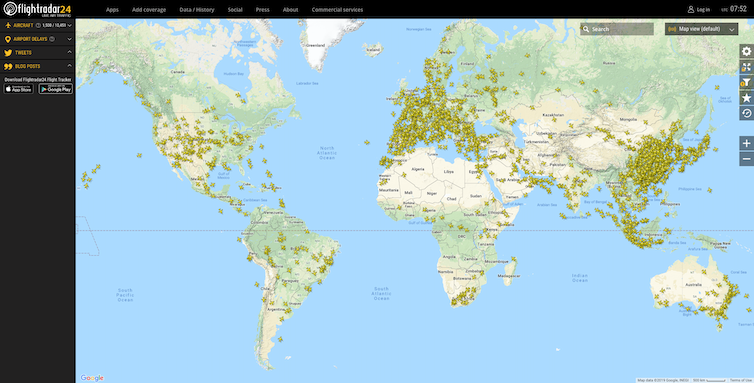 But the current suspension will present significant challenges for some airlines.

Subject to their fleet size, the scope of their network, and other resources and capacity available, big airlines with multiple types of aircraft in their fleet are more capable of managing such disruption.

For example, Air China, China Eastern, China Southern, American Airlines and Southwest will have more resources to arrange for travellers to fly to their destinations.

In contrast, low-cost or regional carriers will be limited in their capacity to manage the disruption.

For instance, SilkAir and Fiji Airways have six and two Boeing 737 MAX aircraft in their respective fleets. Grounding the model means that both carriers will lose 16% of their total capacity.

Fares could go up

While airlines are making every effort to minimise the disruption, all these arrangements come at a cost.

Airlines might have difficulties in sourcing capacity to replace the aircraft, resulting in inevitable delays or cancellations. And delays and cancellations also result in additional cost to airlines operation.

Travellers could soon see an increase in airfares. The rising fuel cost and shortage of pilots have already put global airlines under pressure to manage operational costs.

Boeing and Airbus are a duopoly, said to dominate 99% of the global large aircraft orders, which make up more than 90% of the total aircraft market.

Over the past few decades, Boeing has weathered problems before and maintained an exceptional reputation for its reliable and efficient aircraft design, manufacturing and service.

Of all the aircraft sales, the Boeing 737 MAX series – designed to replace the current 737 family – was becoming one of the most popular airliners, despite being only introduced to the market in May 2017.

But the two recent crashes have raised concerns about reliability of the 737 MAX 8 autopilot system, the Manoeuvring Characteristics Augmentation System.

The aircraft represents a significant change from its predecessor models, including new engines, new avionics and different aerodynamic characteristics.

The risk for Boeing now is the potential consequences flowing from any investigation into the aircraft crashes. These could include:

Boeing’s shares dropped after the Ethiopian Airlines crash on Sunday, but have started to recover.

While Boeing surely carries enough insurance coverage for losses, it is inevitable the damage to its brand is more far-reaching in the medium to long term. This will affect the confidence of aircraft operators and the general public.

Even if any technical defects discovered are quick to fix, a damaged brand tends to require more time and much more significant efforts to recover.

Of course there is a question everyone wants answered: is it safe to fly?

The answer is definitely. Statistically speaking, flying on a commercial passenger airliner is the safest mode of transportation.

Globally, 2017 was the safest year in aviation history with no passenger jet crashes recorded.

The most advanced technology used in aircraft design and manufacturing, and in air traffic control management, and the comprehensive, efficient pilot training and management are aimed at a safe flight.

So the decision of Boeing to suspend flights of its 737 MAX aircraft is welcomed, for now. But, pending the findings of the investigations, the questions as to how long the suspension will be in effect and how Boeing will address the issue remain unanswered.

Written by Chrystal Zhang, Senior Lecturer in Aviation, Swinburne University of Technology. This article is republished from The Conversation under a Creative Commons license. Read the original article.

Aviation
Aviation expert recognised for lifetime achievement at Swinburne
Flying high on Aviation scholarship for women
Swinburne awarded for gender equity action
Using storytelling to reduce ageism in the community
Brain temperature is difficult to measure. Here’s how a new infrared technique can help
Australia, we need to talk about who governs our city-states
Aviation