How Amy’s dream job at LinkedIn helps others find theirs 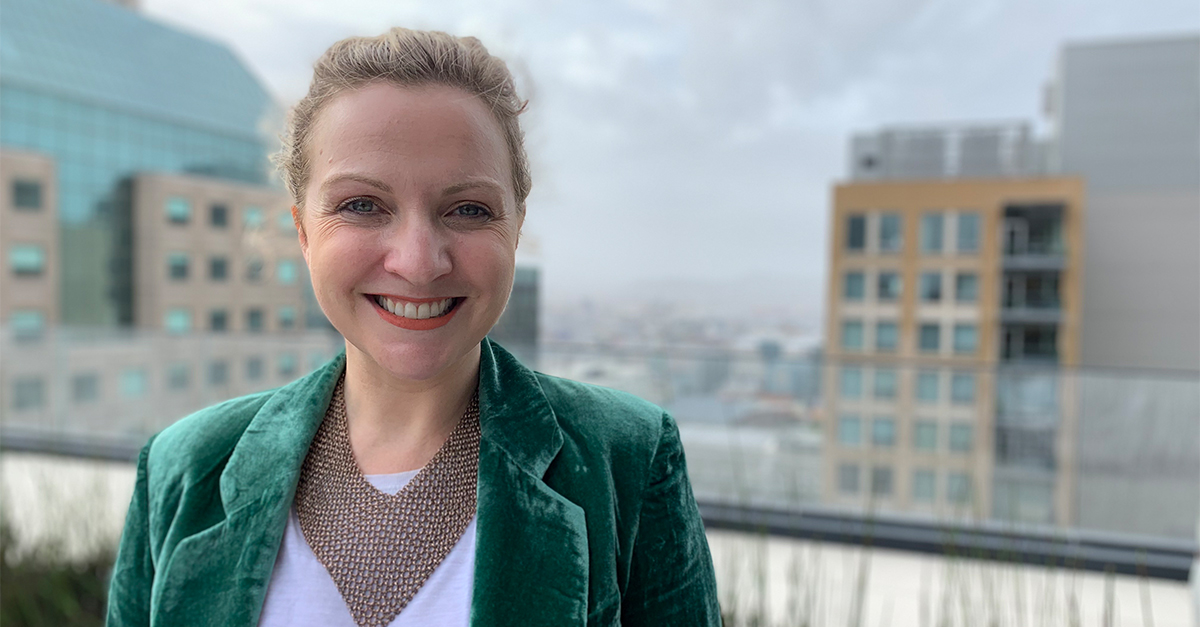 Amy Schultz was ‘a country kid’ from Albury, NSW when she moved to Melbourne to attend Swinburne – a move she says almost didn’t happen but one that has been ‘absolutely defining’.

Jobs in Melbourne, China and Singapore led Amy to her current role that she describes on LinkedIn as her ‘dream job’. However, LinkedIn is more than just a profile for Amy – she works for them.

Based at their San Francisco head office, Amy is the Talent Acquisition Director and is responsible for hiring the people that design and build LinkedIn products.

It was Amy’s first overseas move to China that set her life (personal and professional) on a different course.

“It showed me that when you do take those big, scary risks you realise things about yourself you never knew – mainly that we are more resilient and adaptable than we often realise,” she says.

“The stuff I used to worry about, like comparing myself to others, kind of went out the window and I started living my life, my way and haven’t looked back.”

The culture, team and mission at LinkedIn makes it Amy’s ‘dream job’.

“The mission to create economic opportunity for every member of the global workforce is what gets me out of bed each day,” Amy says on her LinkedIn profile.

“That and great coffee, for as the saying goes, you can take the girl out of Melbourne but not Melbourne and a love of coffee out of the girl!”

Amy completed a Bachelor of Media and Communications at Swinburne – a course which wasn’t actually her first preference.

“There was an error and I missed selection for my first preference. So I came down to Melbourne to check out Swinburne. I did a tour and visited the residences and just knew I wanted to go there,” she says.

Amy especially loved the diversity of subjects and the fact lecturers came from industry. Even though she’s not working directly in the media and communications field, Amy says she uses the skills she learnt in her degree every day.

“I’m communicating via social media channels every day and marketing LinkedIn as a great place to work – which it is. Effective communication is one of the most in demand soft skills today.”

Swinburne was more than just an education for Amy – it was her home. Coming from the country, she lived on residence and met people who are still some of her best friends today.

“I can’t imagine my life without them all in it. My level three floor buddies are still some of my best friends and one of them just stayed with me in San Francisco,” she says.

“We had some really fun days and nights living on res. I can’t hear the theme song of Dawson’s Creek and not think about Tuesday nights in the level three TV room before heading out to Cheers.”

Amy’s career path (and life) has deviated greatly from the plan she had when she finished Year 12.

“That went out the window and it’s been a series of calculated risks and taking opportunities,” she says.

Her philosophy has been to go where she knows she can learn valuable skills from great people, rather than have the fancy job title.

“I have done lots of very un-glamourous jobs! There’s been a lot of hard work, but the harder I work, the luckier I feel,” she says.

As someone who hires people for a living, Amy says that having the right attitude is everything.

“When I hire people I look for a ‘learn it all’ rather than a ‘know it all’. Being adaptable, curious, resilient and humble will set you up.”

“A career is a long journey and I promise you, you’ll catch up and get on that path that was meant just for you. And remember, it’s your life!”

There are no events to display